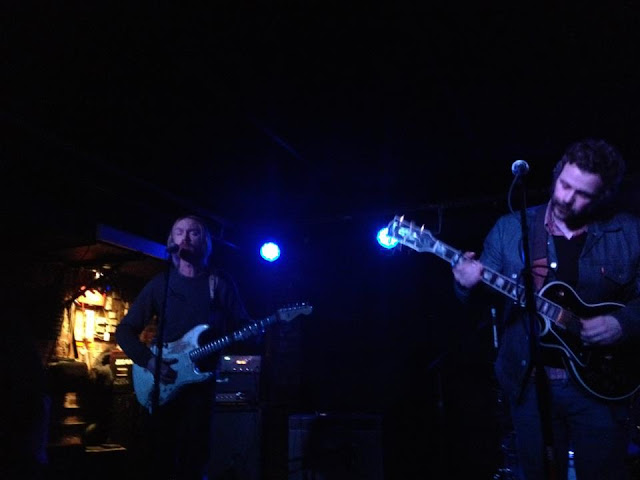 The Amazing are one of my current musical fascinations; an all-star band of sorts (comprised of members of Dungen and Life on Earth), but not in the “super group” sort of way, and the name essentially says it all.  The band has two LP’s and an EP out via the Subliminal (Sweden) label, and they seem to slowly but surely be gaining steam in America, especially after an appearance on the Late Show with David Letterman last week.  I was lucky enough to have caught them last night at Mercury Lounge in New York City, and it was a treat to say the least. 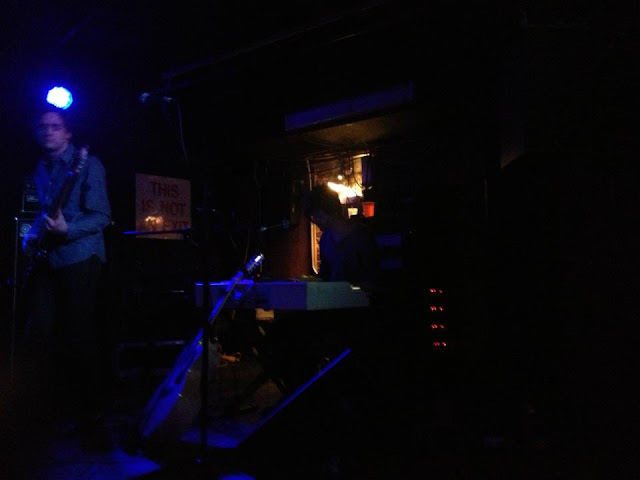 I attended the show with some first timers (this was the third time I have seen the Amazing) and we were all blown away at the sheer beauty and intensity of the performances.  Frontman Christoffer Gunrup warned us of a “throat condition” currently inflicting him, but it would not end up detracting from his vocals in any discernible way.  With that, the quintet launch into a surprising opener of “Head Beaches” from 2010’s “Wait For  A Light to Come EP” (I say surprising in the sense that this is the first time I was privileged to hear this live, and this would thankfully be a reoccurring theme over the course of the set).  The music enveloped the near capacity crowd with its echoes of psychedelic folk and gentle majesty.  Lead guitarist Reine Fiske was locked in and shredded as he normally does, but also played with the restraint required in quieter passages.
The band also has one of the new digital Mellotrons (the M4000D) that was played by both Fredrik Swahn and Alexis Benson, who rotate between bass, acoustic and ‘tron.  The strings/ flutes/ choir sounds added tremendously to the overall soundscapes, creating a richness that rivaled the layering you’d expect on an LP.  Previously, I had seen the band with a flautist as well, who added a touch that might have been missing last night, but didn’t cause the music to suffer.  I’d also like to make mention of drummer Moussa Fadera.  The man was putting on a clinic, and as a former drummer, I always take pleasure in geeking out to elaborate and well placed fills. 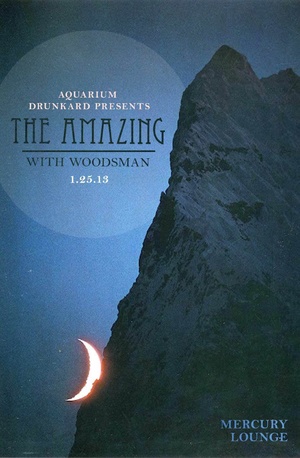 The set was obviously heavy on material from the latest release “Gentle Stream”, all of which destroyed their respective studio counterparts.  Of particular note was current single “Gone”, which had the crowd grooving and “Flashlight”, where the flute Mellotron effects overtake everything and send you to a surreal atmosphere further heightened by Reine’s guitar licks.  My personal highlight was favorite Amazing song and set closer “When the Colours Change”.  Epic doesn’t even begin to describe this one.  One got the vibe they were feeling it and the play off of each other was mesmerizing.
I was able to chat with Reine after the performance and, music gear nerd talk aside, he said that the band was “particularly feeling it tonight, and played a super tight set.”  When asked when the band would be back, I was told “hopefully summer, but we’ll see.”  The tour appears to have been a successful one, and the guys are off to their homeland today.  And with that, one of the best bands today made a great Friday even better. This definitely takes the top spot for shows of theirs I have seen. If they hit your town at any point, I cannot speak highly enough about them.  (LP review coming soon). 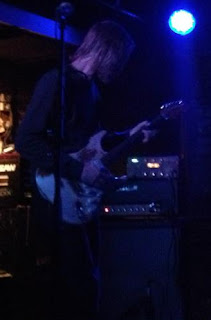 Check out "Gentle Stream" from this show here: