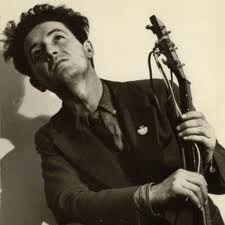 It's Woody Guthrie's 100th Birthday on the 14th of July this year and there are a number of significant releases lined up to celebrate his Centennial. 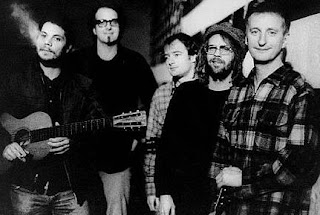 Billy Bragg and Wilco's Mermaid Avenue is set to be re-released as a 4 disc box set on the 21st of April, containing remastered editions of Volume 1 & 2, the previously unreleased Volume 3 featuring a further 17 tracks recorded during the same sessions, and the Man In The Sand DVD. Preorder here.

Due out on March 5 is New Multitudes, where My Morning Jacket's Jim James, Son Volt's Jay Farrar, Will Johnson and Anders Parker essentially do their own take on a Mermaid Avenue - previously unpublished Guthrie lyrics put to new music.
Preorder the deluxe edition here.
Preorder the standard edition here.

There's also a stand alone website for Woody's Centennial - visit it here to find out more.