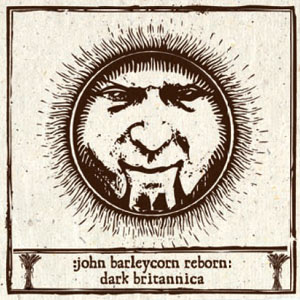 For those convinced that the glory days of the English folk scene are behind us, I'd like to draw your attention to the first in a series of excellent compilations put together by the Coven Spring and Woven Wheat Whispers labels.
John Barleycorn Reborn focuses on dark English folklore and the cycles of birth, death and rebirth. In the words of Woven Wheat Whispers' Mark Coyle :
" This compilation explores the darker side of British folk music, evoking the mystery of our ancient past and peoples, the strangeness of their beliefs, arcane traditions and the remnants of this carried down the centuries as folklore. " It's a remarkably eclectic collection, taking in traditional folk, pagan folk crackling with menace and unease, neo folk, folk rock, mediaeval folk,  psychedelic folk and a bunch of more unusual folk / subtle electronic hybrids that I'm not even sure have a name. While folk's commercial fortunes may not be a patch on what they were in the days of Steeleye Span and Fairport Convention ( although the Unthanks seem to be doing okay for themselves ), this paints a pretty convincing argument for the current revival trumping the old hands for overall ambition and inventiveness. I'm tempted to use the old chestnut 'an embarrassment of riches.' Let's say I have. 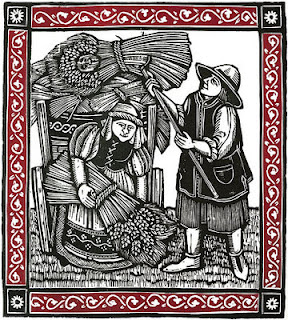 There's a remarkable level of consistency but highlights for me are Mary Jane's funky folk- rock take on Twa Corbies which sounds like it's influenced by Gentle Giant as much as Fairport Convention. Pumajaw's The Burning Of Auchindoun draws you in with it's almost post-rock feel, all hypnotic guitar riffs and droning soundscapes. The Straw Bear Band's Trial By Bread & Butter sounds like the pagan offspring of Devendra Banhart and John Lennon. Martyn Bates The Resurrection Apprentice is a beautifully creepy pipe piece which tells just as evocative a story as the vocal pieces on here. Electronic Voice Phenomena's The Sorrow of Rimmon sounds like Portishead backing Marianne Faithful.
That's the real appeal of this collection. Every artist has their own very distinct personality, but there's a remarkable cohesion that a set of this scope shouldn't be able to achieve as effortlessly as it has.  Dive in, it's a great way to sample the current dark folk scene - there are plenty of artists here I'll be exploring further, so keep an eye on future reviews if this is your bag. 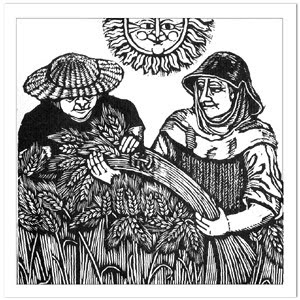