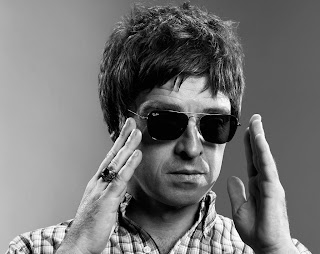 Shoot a Hole Into The Sun has been confirmed as the first track to be released from his collaborative sessions with Active Listener favorites, The Amorphous Androgynous.

A full album is on the way and was expected to be finished October last year, but has been delayed and now with Gallagher on the road we can expect further delays.

Says Noel : "Unfortunately for them, they've only delivered a couple of tracks and they're trying to mix it while I'm on the road… and it's not working."

In the meantime we have Shoot A Hole Into The Sun to savor. It'll appear as the b-side to Dream On, released March 20.