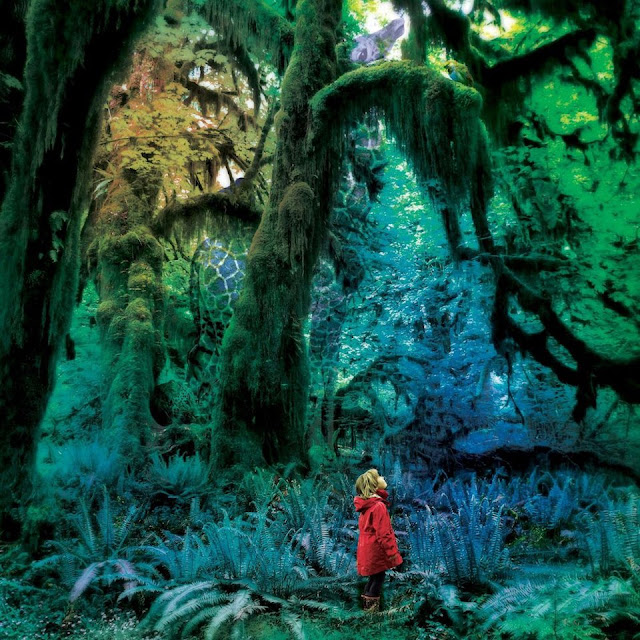 Dutch baroque pop revivalist Jacco Gardner was one of the big success stories of last year, with considerable coverage in mainstream music press like the NME, Shindig! and Pitchfork, as well as quickly establishing a voracious fanbase among the underground music press. Impressive stuff, especially considering the fact that his place near the forefront of the psychedelic renaissance was cemented with just four tracks spread over two excellent 45's. All four sides of those singles were fabulous, but I for one was curious how Jacco would approach a full album, which is a very different kettle of fish indeed.
Fortunately he's a scholar of all things baroque pop and psychedelic and realizes that you're not likely to create a classic just by sticking twelve prospective singles together and calling it an album.
So while first single and album opener "Clear The Air" is easily matched in the immediate pop stakes by the likes of "The Ballad of Little Jane" and "Where Did You Go?", there are also far more subtle pieces like the delicate pastoral acid pop of "The One Eyed King", the clockwork harpsichord magic of "The Riddle" and the Canterbury tinged prog pop of "Lullaby" that show sides of Jacco that we didn't get the chance to see on his single releases and offer an exciting indication of where his sound could head in the future.
And while he definitely continues to delve back into the late sixties for inspiration, there's an ageless grace that "Cabinet of Curiosities" shares with only the best of it's forefathers ("Odessey and Oracle" comes to mind), that ensures that Jacco has a bright future with an appeal that extends far beyond that of the majority of his peers - niche music with a mainstream appeal.

I interviewed Jacco last year. Check it out here.

Trouble in Mind will release this soon - keep an eye on their website here.