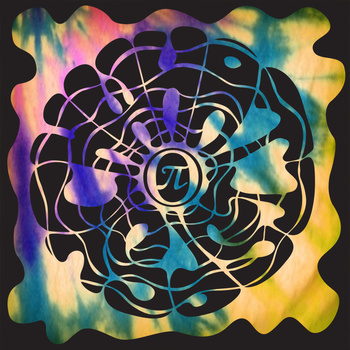 So what is psych? That's a question I get asked often - and it's a surprisingly difficult question to formulate a concise and definitive answer to. And that perhaps is part of it's appeal in a nutshell. It's not something you can quantify or define by formula and it's ever evolving.
So when Octopus Pi (an umbrella curation group that focuses on music, arts and performance) asked eleven Sydney based bands that very same question, it's not surprising that they were presented with eleven very different answers.
In fact the only things that all present here seem to agree on is that psychedelia should be trippy as hell, and gritty rather than pretty. Those looking for whimsical toytown psychedelia need not apply, that's not how they roll in Australia. There's an attitude and atmosphere on display here that doesn't let up for a second.
Highlights? Active Listener favourites Dead Radio start the ball rolling with the unpromisingly titled "Hit Jam #2". Not the early-practice, warm-up blues jam that the title would perhaps make you expect, this easily out-psychs anything on their excellent "Crystal Moth" E.P by playing to their strengths - namely spooky treated vocals, and massive instrumental crescendos. There are some huge funereal sounding organ parts on here that I'm pretty sure were actually created with guitar somehow. Go figure.
Making lock into a pretty tight groove with their track "Bubble" which ups the prog factor, without losing touch with their fine funky rhythm section.
No Art's "Rhombus" is perhaps the most aesthetically pleasing track present here with some beautiful cascading guitar parts creating a surreal and slightly sinister atmosphere.
Dead China Doll beat all other contenders though with the juggernaut that is "Hallelujah" - a Mogwai-esque epic that's all crashing cymbals and horn infused freakouts with a relentless organ accompaniment that conjures images of a tousle haired, white labcoated professsor that just wants to be loved despite his hideous deformities. Bless.
Uneasy listening perhaps, but it gets to the root of the question with aplomb.

Stream the rest of the album here, where you can also download or order the vinyl.