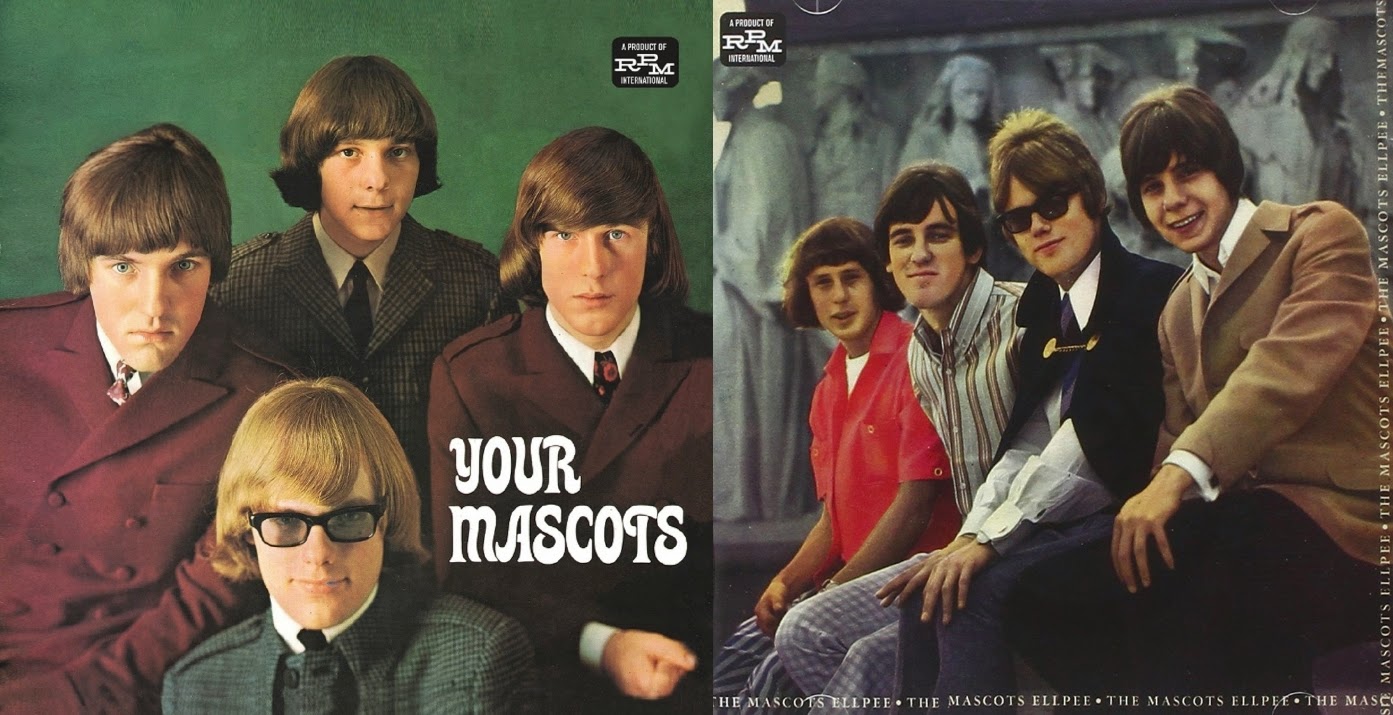 Cherry Red's RPM offshoot label continue on with their campaign to educate the rest of the world as to the virtues of Sweden's sixties beat scene - a scene that previous releases in this series from the Shanes, the Tages and the Hep Stars have proven was pretty formidable.

It's perhaps surprising that it's taken this long for their attentions to turn to The Mascots, who are often referred to as Sweden's Beatles. Before you get too excited about discovering another "Sgt. Peppers", we're talking strictly pre-moustache Beatles here; the debut "Your Mascots" masters the mersey beat of the "A Hard Day's Night" era, and follow up "Ellpee" evolves into cleverer "Help" / "Rubber Soul" pre-psychedelic beat.

All four members were students at the Adolf Fredrik's Music School, a background which allowed them to dissect the complicated vocal harmonies and chord arrangements of the Fab Four's tunes, and emulate them in a striking fashion. It certainly did no harm that there own compositions were unusually consistent, with little of the filler one would expect from an album of the era.

While the material found on "Your Mascots" (and the contemporary singles contained as its bonus tracks) are largely based around moody, merseybeat balladry, the followup, 1966's "Ellpee" expands their boundaries to also include some pretty wild mod/freakbeat sounds, exemplified by the likes of "The Winner" and "I Close Your Eyes" - certainly as good as anything coming out of the U.K that same year.

As it turned out "Ellpee" was their final full length, although they continued to record under the same name for a further three years, with "Ellpee"s bonus disc boasting a generous 22 track selection of the singles released during this period. Interestingly, as the band's interest in politics increased (leading to their eventual evolution into the politically active Fria Proteatern), their Mascots releases became more pop orientated, with the majority of the non-album singles on disc two reminding this listener of the Bee Gees early U.K recordings, including their best known single "Words Enough To Tell You", as well as a serviceable run through the Who's "So Sad About Us", and an appealingly oddball, baroque pop take on Dylan's "You Ain't Goin' Nowhere".

If you're only going to pick up one of these titles "Ellpee" is certainly the leading contender, if only for its increased sense of scope, but Mersey fans would be foolish to let "Your Mascots" slip through their fingers, as would those who enjoy the Zombies early material.