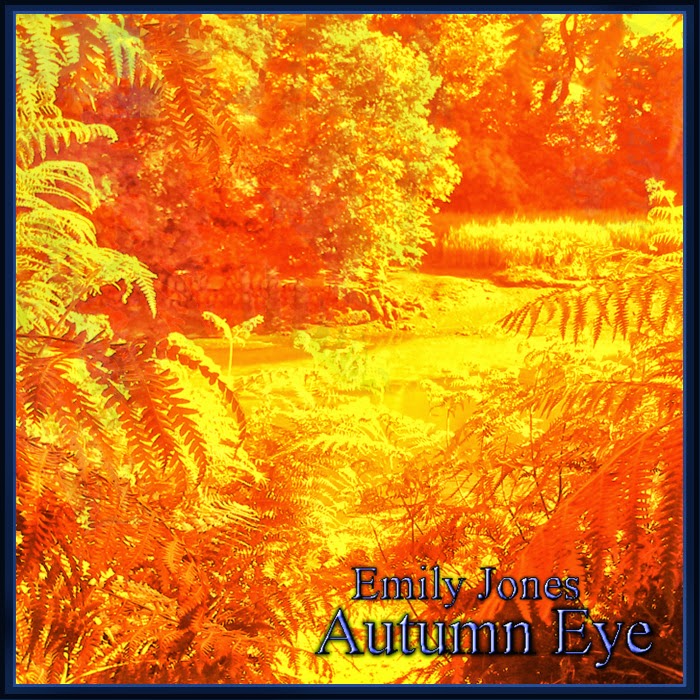 Emily Jones should need no introduction to those who take notice of the current crop of wyrd folk artists casting their own distinctive shadows over these Isles. Her collaboration with the splendid Rowan Amber Mill 'The Book of the Lost', a paean and perfect evocation of 1970s folk horror TV and film, was a firm favourite of this listener (and was in my Active Listener Top Ten of 2013). The daughter of folk legend Al Jones, Emily has been casting her spell-like songs around the more haunted corners of the web for a number of years and was most recently seen featuring on the excellent ‘Songs from the Black Meadow’ compilation whilst also performing at that album’s launch. Indeed, her muse fits perfectly with this particular surrounding, a collection filled with both dark, rural folk and hauntological electronica; genres which Jones embraces but does so in her own unique and enchanting manner.

It is from the ‘Songs from the Black Meadow’ album that opener 'Dark Moss and Coldheart' is taken, a gothic folk lament of ghostly harmonies and flanged guitar that is equally chilling and utterly beautiful. There is darkness at heart here, a fairy tale that may not necessarily have a happy ending, yet the song is both truly beguiling and bewitching. It is a hugely impressive opener and, when the guitar and keyboards appear in choral unison, it is a hair on the back of the neck moment. ‘Bed of Mud' is a baroque, piano and harpsichord led folk song in the style of Trees 'The Garden of Jane Delawney', Emily’s' vocals easily fitting into a canon that contains that band’s Celia Humphris, Mellow Candle's Alison O'Donnell and Steeleye's Maddy Prior. This is intricate, delicate and evocative chamber music that brings to mind the more pagan and spooked side of 1970s and 80s TV programming such as ‘Moon Stallion’ or ‘The Owl Service’, as well as the gothically tinged Victoriana of the Czech new wave classics ‘Valerie And Her Week Of Wonders’ or ‘Morgiana’. 'Hermegant and Madaline' is a fine piece of musical witchcraft, an acoustic led, dark acid folk masterpiece. Shades and echoes of 70’s prog folk act Renaissance and perhaps also the subtle orchestral stylings of troubadour Duncan Browne filter through the layered harmonies of the chorus, evoking a timeless quality and atmosphere.

Indeed, there is something sepia tinged about the music contained herein, it is from another time (or perhaps exists outside of time). It has a curiously English melancholy and haunted soul quite out of step with the modern world and pleasingly so; this album is an escape, a portal into a Cornish landscape that contains folklore, doomed and dark romance and a genuine sense of wonder. It is a delight that music of this type and calibre is being released today quite removed and distinct from the mass produced and homogeneous world of Spotify or iTunes. Indeed the very nature of this recording, encased in a lovingly handmade sleeve adorned with a single leaf and containing a hand printed disc enveloped in golden paper, is a defiant and gorgeous dedication to a rustic and truly creative DIY ethic.

‘Light Appearing's picked guitar and yearning keyboard passages are golden, sunset sounds, evoking hazy memories of years long gone by. 'Pieces Of people' is a wistful, harmonium woven ballad, an autumnal melancholic air permeating its gentle waltz. 'Tethered' too has shades of early winter's fading light in its glistening twilit shimmer, chilly piano cascading through the warmth of Jones' vocals. Not unlike a folksier version of some of the more reflective tracks such as ‘Wintertime Love' from The Door's psych masterpiece ‘Waiting for the Sun’, these are lovely, finely crafted symphonies filled with an enticing nostalgia. 'Bright Shadows' completes the album in properly haunting fashion, Emily's echoed vocals gracefully and gradually merging with the spectral string section in one of the album’s many outstandingly beautiful moments.

This is a very special album indeed. Timeless and strange, it stands as a testament to Emily's singular artistic vision and her dark yet bewitching song craft; she is truly one of this island’s hidden folk treasures, waiting to be found. Take my word for it, you need this album but it is limited so do not hesitate; take a look through an Autumn Eye.

CD & Download available via the Bandcamp widget below or here.