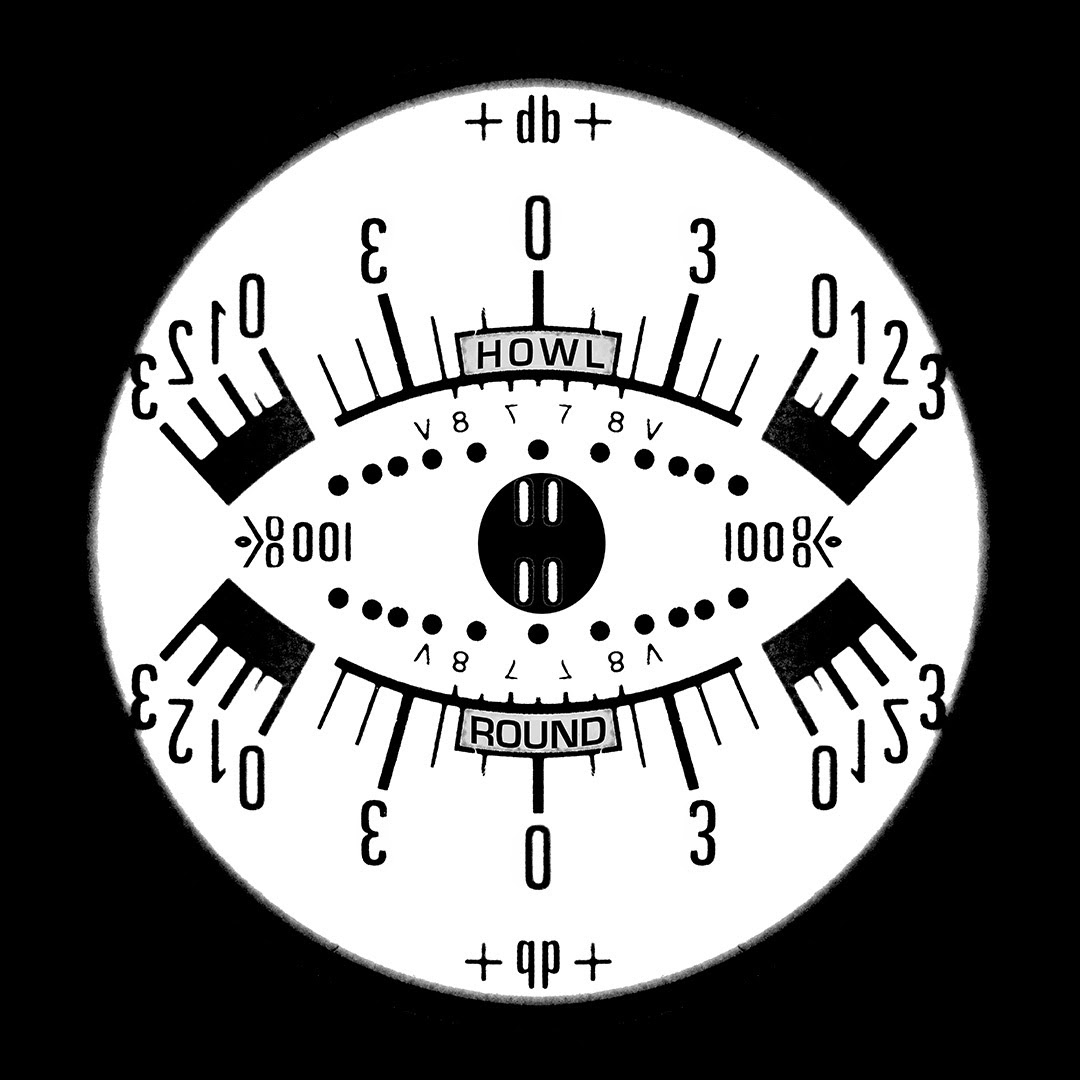 Here's something beautifully different, utterly chillingly and curiously affecting; the new album by Howlround, "Torridon Gate". The artists themselves describe the piece as being ‘created from a single recording of a front garden gate on Torridon Road, Hither Green, London…the sounds were captured using a contact microphone and processed, looped and edited on three reel to reel tape machines with all electronic effects or artificial reverb strictly forbidden.' This is not the first experiment or adventure in field recordings from Howlround; previous long players "Ghosts of Bush" (an album produced entirely from the nocturnal sounds of the former BBC World Service HQ) and "Secret Songs Of Savamala" received significant critical interest and praise, earning Howlround favourable comparisons with the BBC Radiophonic Workshop. And there is something similar at play here; a desire to manipulate sound, twist it into shapes that emote, that frighten, entrance and ultimately affect the listener on a deep, instinctive, physical and emotional level.

"Torridon Gate"s single full length track veers from the most distant and echoed of cosmic drones to unearthly screeches to an all-out cacophony of metal wails and then back again. The artists’ measure of composition is faultless; there are peaks and swells in this sound as well as motifs, lulls and spaces within the spaces. This is a suite of sorts and is expertly paced. Almost orchestral at times in the shimmering, resonating metallic notes that haunt the recording (and it sounds truly haunted) this album could as easily be a blood chilling sci-fi soundtrack for the depths of deep, black space as it is of something as urban and everyday as the noise of a gate. Recognisable as the source material only occasionally, mostly the sounds that emerge here are cold, spectral and disquieting but thrillingly so. It speaks of the worlds that are hidden in the everyday, the shadows and sounds we don’t see or hear but are there nonetheless, a world within a world. That this music (and it is music, it sings, it chatters and it moves) has a life of its own is a credit to the recordists and composers. Stripped of the use of any studio trickery this is a major achievement in a musique concrete and tape collage lineage that includes Delia Derbyshire, Stockhausen and John Cage. Fans of hauntological artists such as Pye Corner Audio or The Caretaker will also definitely want to listen closely.

A remarkable album and truly unique, this can be purchased from the splendid 'A Year In The Country' who, as well as hosting one of the most fascinating and insightful hauntological websites on the net, have also started releasing a superb selection of albums from artists such as Plinth and United Bible Studies, all in extremely beautiful and elaborate packaging. "Torridon Gate" comes in four different versions, starting with a Night Edition Box Set that includes the CD, a 12 page string bound booklet, a 4 x 25mm badge pack and, pleasingly, a 1 x original Howlround tape cutting. The Day Edition contains the album with the bound booklet and is wrapped in black crepe paper and wax sealed. A Dusk Edition comes in a smart matt wallet and, finally, a Dawn Edition is available in a foldout sleeve with a badge. This attention to detail in the albums presentation is fitting for a recording that is not just music but an artifact, something that stands as a piece of art in itself.

You really need to hear this. Strange, beautiful and uncanny, it will make you view the ordinary, everyday world just that little bit differently from now on.