7" Reviews: You Are The Cosmos Releases - Batch #2 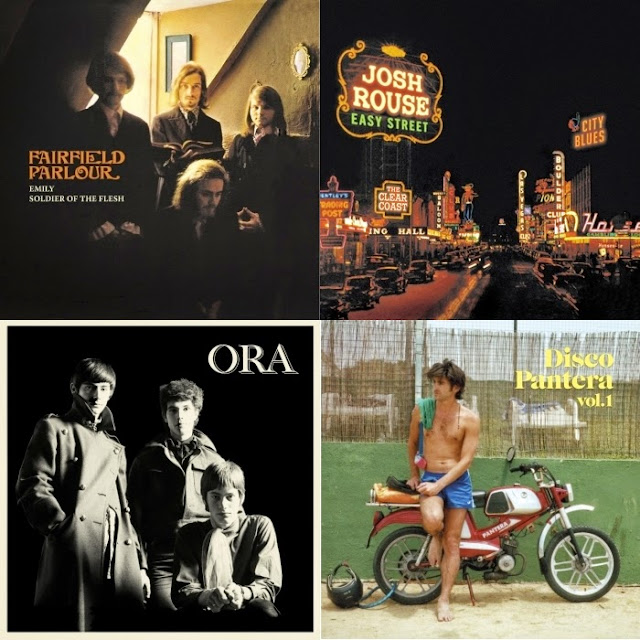 So, that first batch of 7" singles from You Are The Cosmos was pretty spectacular, as I'm sure you'll all agree? Well, the other four have just arrived, so here's a live blow by blow account of them as they're playing.

Fairfield Parlour "Emily" / "Soldier of the Flesh"
A lot of folks seem to write off Kaleidoscope once they'd changed their name to Fairfield Parlour. People seem to think that the name switch and signing to Vertigo signaled a switch to bombastic prog rock, but the truth is that apart from relying a little more heavily on melotron, the material from "From Home to Home" is a natural continuation from Kaleidoscope's "Faintly Blowing", and a number of those who have taken the time to listen will agree that it's probably a little better. The two tracks on this 7" are both taken from "From Home to Home", and are a pretty good starting point for those who need convincing. The A-side "Emily" is a killer, with a dramatic, emotive vocal hook, and lyrics that make "Eleanor Rigby" sound like a cheery knees-up. 'Tis true that if you already own a copy of the album, you will already have these tracks, but as an artifact, this is essential. It's a lovely sounding pressing, and a beautiful, textured gatefold sleeve that will be a collector's item before you know it. 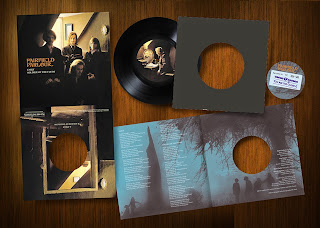 Josh Rouse "Easy Street" / "City Blues" / "The Clear Coast"
Next is this three track E.P of tracks from Josh Rouse recorded in 2006, and previously only available on a very limited edition fan-club type CD. Up until now I had Rouse written off as a little dull, but these tracks have made me readdress this perhaps hasty judgement. "Easy Street" is the best of them, with an absolutely gorgeous twelve string guitar jangle that makes the Byrds lover in me all warm and gooey inside. "The Clear Coast" isn't too far off either with a more melancholy, summery Teenage Fanclub vibe that has me turning the record back over rather than reaching for the next one. So, with words eaten, I will be reinvestigating the Josh Rouse back catalogue, but one more spin of this first.. 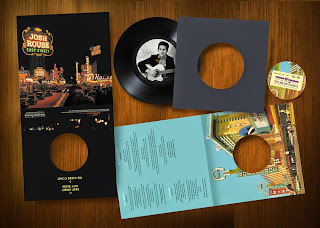 Ora "Seashore" / "You"
Ora now, with two tracks from their impossible to find self titled debut (and sole) album, from 1969. Excellent psych-folk that reminds me a little of those wonderful new upstarts The Lords of Thyme, Ora really should have had a bit more luck than they did if these two tracks are anything to go by. "Seashore" is a fabulously swinging piece of folk/jazz with nimble Bert and John style guitar work, multilayered vocals, and just the right helping of the very early John Martyn's skip-along charm. Pretty great. B-side "You" is a little more melancholy, with lovely, jazzy outbursts from the rhythm section and some eastern sounding fret-buzz for a little touch of the exotic.Dammit, I'm going to have to try and find the whole album by these three. Typically great presentation too, which includes a reproduction of Jamie Rubinstein's hand-written vocal charts for "You". 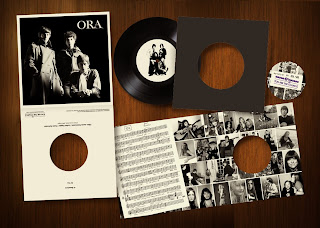 Disco Pantera Vol. 1
And I'm not entirely sure what this last one is. I'm under the impression that it's a collection of tracks from three unknown 70s / 80s bands; Antenna, Park Cheese and Fleeman. If that's the case, they're certainly worthy of rescue and reissue, as they're strangely contemporary sounding examples of what the label (accurately) calls freak-disco-psych. Pitchfork will be all over this if they hear it, and fans of Ariel Pink's Haunted Graffiti should make sure they grab a copy too. 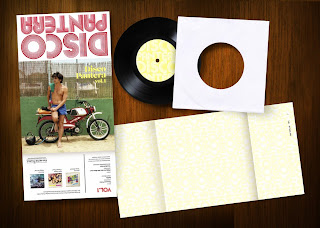 So, a mighty fine first eight releases that will continue to receive a lot of airplay here at Active Listener HQ. I'm curious whether You Are The Cosmos can top this batch of releases.

These can be ordered here, and you can check out tracks from all of these releases on You Are The Cosmos' Youtube channel here.