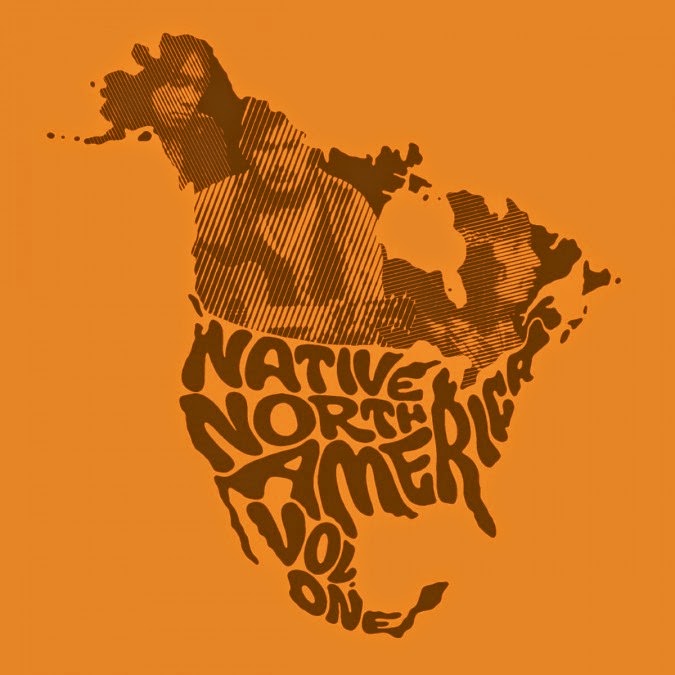 Just when you think that reissue culture has reached saturation point, something like this comes along to prove that there are still fantastic treasures to be unearthed which have been heard by very, very few.

Canadian musicologist Kevin "Sipreano" Howes had been collecting the excruciatingly rare music of North America's Aboriginal people for fifteen years already when he was given the green light to curate this collection by Light in the Attic, who - let's be frank - know a good thing when they see it.

Subtitled "Aboriginal Folk, Rock & Country 1966-1985", this collection collects rare material from a range of North America's best indigenous songwriters, which was largely ignored by the mainstream press at its time of release.

Howes hit the road to track down as many of these performers as he could to try and trace their history for the 120 page hardcover book which houses these two discs, and is certainly as historically significant as the music contained within. Very few of these artists had any form of previously documented history, so Howes spent hours on the phone conducting interviews, and traveled extensively to remote areas, in the hopes of tracing the owners of names that he'd discovered on dusty private pressings and in the contents of public and private libraries.

The results of his labours are impressive indeed. The majority of these artists received very little support at the time their recordings were made, and no media coverage to speak of. Opportunities to record were scarce, but what did find its way onto tape is pretty great. Certainly a lot of it is filtered through a spectrum of Hank Williams, Johnny Cash, Neil Young and the likes, but the songs themselves are often extremely personal and individualistic; Willie Dunn's "I Pity the Country" is anthemic protest which should have reached more ears at the time. Brian Davey's "Dreams of Ways" is devastating and wonderful. Lloyd Cheechoo's two offerings sound curiously like the Felice Brothers. And nestled amongst the predominantly folky and country rock arrangements are garage pop gems like Sugluk's "I Didn't Know", and best of all, The Chieftones, whose "I Shouldn't Have Did What I Done" mixes tribal, Hank Marvin atmosphere, with moody garage-folk and an instant earworm chorus.

Even better news is that the "Volume 1" addendum to the title isn't speculative, with Howes currently at work on a similar collection which will cover the lower 48 States, and further volumes covering North America planned. It'll be hard to imagine them beating this though, a definitive statement, and one with a wide reaching appeal.

Check out the excellent trailer here: