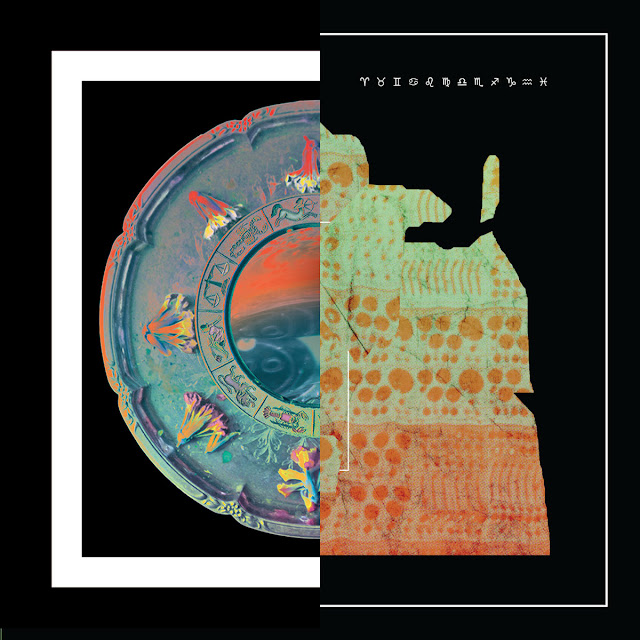 Moving away from fat beats and distorted guitars, Al Lover expertly combines dub aesthetics with Krautrock's discipline and patience for long hypnotic grooves on his new long player "Zodiak Versions". Some of the songs are reminiscent of Peaking Lights' bending of the idea of dub and electronics, while others remind me of the underground dub music that embraced electronics in the 90s. Regardless, "Zodiak Versions" is a great stereo listen, as time was obviously put into psyching out your mind with stereo imaging. What is also fun to observe is how Al rides a fine line between the genres but always remembers to add in a "psych" riff or groove to balance the spaced out atmosphere and dubbed out drums.

Krautrock and dub are cited as major influences on "Zodiak Versions", and within that you can heap a bunch of electronic beats and sweeping synths. It is interesting to hear a DJ's approach to songwriting balanced against mood-building.

"Kling Klang Soundclash" and "Zodiak Version" start off the album with lots of atmosphere as electronic percussion slides in to tickle your ears with a bit of rhythm. "Studio Einer Dub" adds a complex rhythm as synths lead the charge, building layers of melodies. The track is very "dub" and spaces out at just the right times. "Jah Warble" gives a nod to the bass style of Wobble with some low, low end bass. "Neo Eno" gives a nod to Eno's ambient work, which has influenced half the globe, particularly his idea of space being as important as the melody. It sounds like watching the stars while leaning against your car on a calm night.

"Planetarium Rock" and "Earth People" bring more heavy groove as the beats get tougher while the synths stay chill. "Stockhausen Soundsystem" brings the beat back down but the fuzz creeps in on the synths and gets things moving. "Osbourne Ruddock vs Connie Plank" (best song on the release) hits just the right mix of dubbed out effects and hypnotic beat. The funky organ groove in the background keeps me hitting repeat on this one.

From there the album winds down into more meditative fare and ends on "Kosmiche Music in Dub", with pitch-bent keys that meld together almost like a sitar drone and spaced out snare echoes, until the groove kicks in for a dramatic ending to a diverse release.