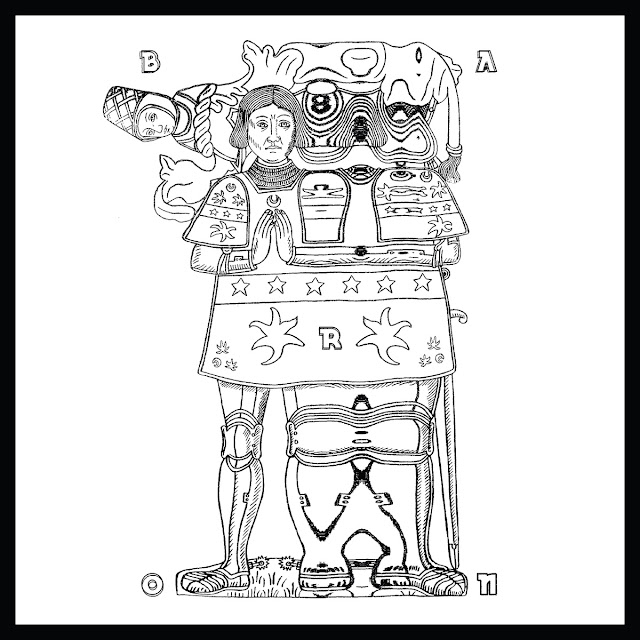 While not the first full length release for British four-piece Baron, “Torpor” for many, will be an introduction. And it is quite the handshake. Self-described as “Neo-Monastic Byzantine Pastoral Kraut-Drone-Lettuce Rock” – at least in part, seriously – Baron is a powerhouse of sprawling, long-form songs, each tinged with a brand of old world gothic and baroque arrangements. There’s a peculiar tinge to each track here that simultaneously sounds contemporary (think post rock, prog, and doom) while channeling an older philosophy, classicisms.

In everything I’ve read around this album, the reviewer or promoter mentions Talk Talk, who in much the same way maintained a balancing act between the old and the new. Likewise, Baron has done so incredibly, maintaining a rigorous standard of full builds and orchestral arrangements.

The longest track on “Torpor,” “Stry” (which features Wolf People’s Joe Hollick on guitar), is a masterpiece of atmospheric rock. Free form and ambient at first, “Stry” culminates in unabashed heaviness that retains its logic and melody. Alex Crispin’s ghostly, baritone vocals recall a devotional hymn in its simplicity and plaintiveness. The balance of impressionism – airy organs and light rhythms – and spaced out riffs is precise, coming on perfectly near the album’s middle.

In part secretly record in Purton Green, one of the few standing medieval halls in the UK, Baron has certainly tapped into a timeless eeriness that can only be present in old buildings, ruins and graveyards.

After so many wonderful listens, I cannot withhold a high recommendation here. Highly recommended.