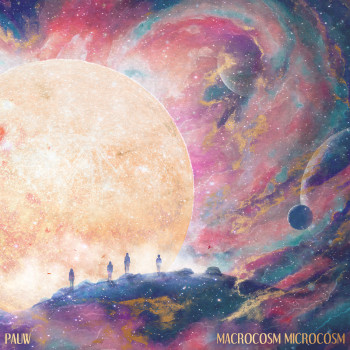 Since their formation in 2014, Netherlands based PAUW has been in high festival demand, playing everything from the Liverpool Psych Fest, VOID Fest, Lisbon Psych Fest, and PLAY as well as opening for Temples, Elephant Stone, and Kasabian. Like Elephant Stone, PAUW is putting out positive, upbeat psych, but it’s clear from first listen how they’ve managed to climb so quickly. So in late 2015, the band offered up their studio debut, “Macrocosm Microcosm,” and it’s proven worth the wait. For a relatively young band, PAUW is impressively tight and dynamic, and “Macrocosm Microcosm” is flush with layers upon layers of prog-infused psych. They sound like they’ve been playing together since their influences reigned – namely late ‘60s and early ‘70s. Of course, they picked up a few modern trends, channeling vocally dream pop airiness and falling into heavy fills.

Upon first listen, I was struck most by the positive vibes that PAUW puts out there; despite the sometimes baroque passages, PAUW is incredibly upbeat, even lyrically. Perhaps, it’s more a reflection of my usual listening, but the overall attitude is refreshing and infectious. Standout track, “Today Never Ends,” grooves around a lush progression and wandering synth line, complete with snappy rhythm-work and chimes. All of which ebbs nicely toward “Visions,” which showcases the band’s ability to create interesting and catchy songs, a skill, especially here, akin to their former tour mates Elephant Stone.

“Abyss” is a bit of the shift for the album; the six-minute song takes its time to build and, arguably, continues to build throughout the first verse. While still propulsive in its rhythms – notably, the bass carries everything here – “Abyss” is more inclined to minor resolutions, as opposed the distinctly major-sounding tracks surrounding it. Toward the end of the album, it’s a welcome reminder that PAUW is not a one-trick act.

For vinyl or digital copies, there are a few links from the band directly for EU buyers. As for the US or elsewhere, check good record shops – or Amazon at a pinch. And if you’re in or near the Netherlands in the coming months, they’re playing several shows; see them!