Our Solar System - In The Beginning of Time Premiere 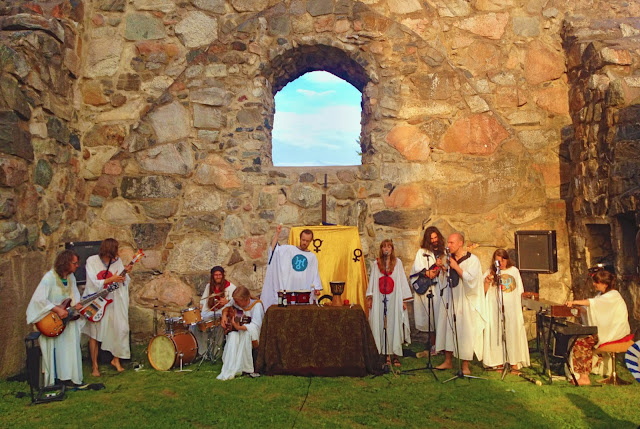 Dungen's Mattias Gustavsson is a busy chap. Aside from his activites in Dungen, he has his fingers in a number of other pies, the most interesting of which is the enormous psychedelic / kosmische / prog ensemble Our Solar System (or Vårt Solsystem in the Swedish tongue).

Our Solar System is following up its excellent 2013 debut on Beyond Beyond is Beyond with "In Time", a brand new full length due on March 25 (which you can pre-order here).

Today we're premiering the epic, side-length track "In The Beginning of Time". Have a listen through the Soundcloud widget below while you read what Ryan Muldoon from Revolt of the Apes had to say about the band's new project:

"There would seem to be something playful, and possibly deceptive, about the title of Our Solar System’s second album, “In Time.” It’s a phrase that, whether in a musical or even an appropriately astrological sense, indicates confines and regular rotations, even the absence of the abnormal. Yet “abnormal” could be the axis around which all planets in the Our Solar System galaxy revolve. For an album that so effortlessly delivers trance states in sound, the effect of “In Time” on the listener is likely to be one of orbiting far beyond those confines and regular rotations, toward a delirious detachment from the ticking trap of time.

“In Time” is essentially the work of thirty hands, creating two side-length tracks and forty-four minutes of sonic energy that serves as a vehicle to reach peak experience, alternately arriving and departing from control and abandon. 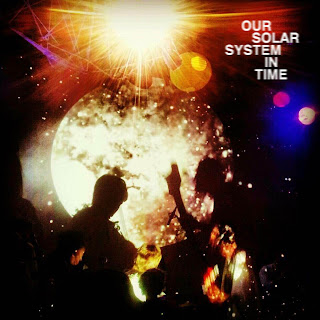 “In the Beginning of Time” is the title of side one, and appropriately, the twin engines of jazz and kosmische that power Our Solar System’s flight are apparent from the very start. Saxophone merges with synth, as a bass line slowly, stoically stands behind, ready to assist the emerging journey. “In the Beginning of Time” feels like an invocation, and to be clear, it is absolutely nothing less. Our Solar System seem interested in building bridges between worlds, and not just the already quite connected worlds of jazz, progressive rock and psychedelia – labels that represent the previously mentioned confines and regular rotations to which “In Time” pays little heed. Twelve minutes in to “In the Beginning of Time,” such barriers have fallen away, scorched by the altitude and free trajectory of Our Solar System’s flight. “At the Edge of Time” is the album’s cosmic co-conspirator, slightly longer, slightly odder, and slightly more seductive, in part given the mantra-like vocals that provide calm contrast to the musical meteor shower that’s crashing around them. This is the sound of Our Solar System at their astrological apex – exploratory, transcendent and joyous.

Within the confines of time, it’s appropriate to refer to “In Time” as an interstellar jazz-rock album, and an extraordinary one at that. Despite it’s title, you may come to believe that the true home of “In Time” is a place outside time’s confines, floating in space, surrounded by infinite stars and sounds, projecting an indefinable sound that’s boundless and beautiful."