Under The Red Sky  ( 1990 )
Certainly a disappointment after the resounding return to form of Oh Mercy, Under The Red Sky's not really as bad as it's made out to be. Admittedly it's best track, Born In Time, is a leftover from Oh Mercy's sessions and lyrically many of the tracks here are not as ambitious as many would have liked ( a number of songs were written for Dylan's daughter who was 4 at the time ), but it's still an enjoyable release which is let down mainly by the Was Brother's over slick production. The title track, 2X2, Cat's In The Well and TV Talkin' Song are all pretty good, and everything else is at least listenable. This isn't a return to his mid to late eighties doledrums, but it's a couple of classics short of being totally recommendable as well.
( 5/10 )

The Traveling Wilbury's Vol. 3 ( 1990 )
The Wilbury's humorously titled second album has a hard time living up to the quality of it's predecessor. It's still got that distinctive Jeff Lynne sound, and it's obvious that all involved are still having a great time but the songwriting is below par here, leading to an album which is very easy on the ear, but with nothing you're likely to remember once it's finished playing.  ( 4/10 )

Good As I Been To You ( 1992 )
With his songwriting muse once again deserting him, Dylan revisits his roots on this excellent solo acoustic album. Recorded at his home studio, the story is that he was working on material for a Traveling Wilbury's B-Side and was having such a good time that he knocked out a whole album. Made up of folk and blues material, Dylan certainly presents this with authority, and his gravelly voice gives this an authenticity that his early 60s folk covers sometimes lacked.  The biggest surprise for me is how dexterous his acoustic guitar work is here, crisp, economical and beautifully recorded. It's all great stuff whether it be the gut bucket blues of Step It Up and Go, the seasoned croon of Tomorrow Night or the winsome folk narrative of Canadee-I-O. ( 8/10 )

World Gone Wrong ( 1993 )
Essentially Good As I Been To You Volume Two, this has a very similar approach but with more of an emphasis on blues material. GAIBTY's variety certainly gives it the edge over this, but this is still convincing stuff, with Blood In My Eyes and Blind Willie McTell's Delia being the highlights. These albums don't offer an immediate fix, but they've grown to be two of my most played Dylan albums, and if you like one, you're bound to like the other. ( 7/10 )

MTV Unplugged ( 1995 )
One of the better official live Dylan releases this gives his excellent live band a chance to shine. Unfortunately a number of the better tracks from this session ( Love Minus Zero especially ) are only available on the DVD, or in the case of I Want You have been cut from both. What the CD does have to offer is an excellent version of the rarely performed Shooting Star, a riveting Desolation Row,  and a solid reading of John Brown, a song dating back to Dylan's early folk years which gets it's first official release here. Some of the old chestnuts suffer from over-familiarity and the impression that Dylan's a little bored with them at this point, but this is generally a pretty good snapshot of live mid nineties Dylan. ( 6/10 CD ) ( 8/10 DVD )

Time Out Of Mind ( 1997 )
Seven years is a long time to wait for new material, but sometimes it's worth the wait. Dylan had a major health scare after this was recorded, but around about the time of release which gave it an added sense of poignancy and certainly gave it a lot more exposure than it would likely have otherwise received. "Filled with the dread realities of life" in Dylan's words, it's a great album, with Daniel Lanois doing an impressive job behind the desk again. There's some great organ work on opener Love Sick, with wonderful dusty guitar work. Not Dark Yet is as close as Dylan's likely to get to a tearjerker and Cold Irons Bound lurches along in a sinister fashion belied by it's bouncy bassline. Dylan saves the best for last with the hilarious sixteen minute Highlands, which makes it seem even more likely that there's a great screenplay within him waiting to get out when it gets the chance.  Great stuff. ( 9/10 ) 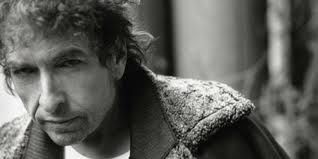