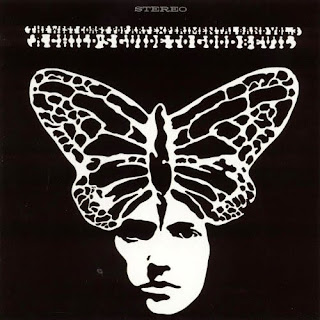 The story behind TWCPAEB is almost as interesting as the music itself. Initially formed in 1964 by brothers Shaun and Danny Harris and the prodigiously talented Michael Lloyd, they soon met up with law graduate Bob Markley who had moved to L.A with hopes of stardom, whether it be in the pop music or movie field. Introduced by Kim Fowley at a party of Markley's ( at which the Yardbirds were playing ! ), Markley, the adopted son of an oil tycoon offered to fund the recording of an album, if he could play tambourine for the band.  The contract that the band signed, ensured that Markley had full rights to the band's name.
Their first album came together quickly, a mixture of roughly recorded originals and covers, but it was enough to get Reprise's attention who released their first proper album in 1967. Markley's demands had grown with their success. He was now contributing lyrics and vocals which set up internal tensions that were never fully resolved, with other band members unconvinced of his musical credentials. 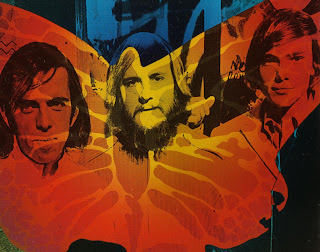 Lloyd soon jumped ship and headed off on an interesting trajectory of his own which included October Country ( a harmony psych-pop outfit who's single My Girlfriend is a Witch is essential listening) and The Smoke ( a Beach Boys style psych concept group ). Then at the age of 20 he was appointed vice-president of MGM, earned a grammy for producing Lou Rawls's Natural Man, produced the Dirty Dancing soundtrack and worked with Pat Boone on his bizarre heavy metal covers album. Go figure.
Meanwhile Ron Morgan had been introduced on guitar during the recording of their first Reprise album and he was featured extensively on their next album, particularly on album highlight Smell of Incense.
They then trimmed down to a trio of Markley, Morgan and Shaun Harris for the recording of their third Reprise album,  A Child's Guide to Good and Evil.
Where the previous albums had shown several notable moments of inspiration, they'd been fairly haphazard mixtures of folk-rock, psychedelia, garage, country and had often sounded like a different band was behind each track.
A Child's Guide to Good and Evil saw them finally condense all of their ambitions into one cohesive whole which is undoubtedly their strongest album.
Eighteen is Over the Hill is a lovely slice of baroque harmony pop which sounds like a meeting of minds between the Left Banke and Simon and Garfunkel.
In The Country sounds like a blueprint for Workingman's Dead era Grateful Dead, with added fuzz bass.
Ritual 1 may well be their ultimate psychedelic moment. Propulsive drums, sitars, heavily reverbed rattlesnake percussion and more great fuzz bass propel this at a rapid clip.

Our Drummer Always Plays In The Nude is a hilariously inappropriate piece of psych pop fluff.
As The World Rises And Falls is a much more melancholy piece with some lovely, yearning guitar which sounds surprisingly contemporary.
Watch Yourself has a creepy descending / ascending guitar riff which along with Pink Floyd's Echoes sounds like the inspiration for the infamous Phantom of the Opera riff, although I can't picture Andrew Lloyd Webber settling down in a bean bag with a spliff to listen to this.
The title track is a great piece of moody psychedelia with Markley's bizarre spoken word interludes raising a few eyebrows. Much criticism has been leveled at his reactionary, naive lyrics but in hindsight they're no more ridiculous than the majority of their peers.
A Child of a Few Hours Is Burning To Death is the most aggressive of Markley's anti Vietnam lyrics, and is built upon a fantastic psychedelicised blues riff which wouldn't sound out of place on a Canned Heat record, although one suspects that the Heat would have presented the lyric with a little more subtlety.

Anniversary of World War III finished things off with a minute and a half's silence. A statement to be sure, but the previous half hour's been such a trip that you can't help wishing that they'd actually written another song instead.
All in all pretty damn good for a band that the generally infallible Richie Unterberger has memorably described as the definition of an "average psychedelic group".
Even the average have their day it would seem, and on the evidence of this it was a very good one indeed. 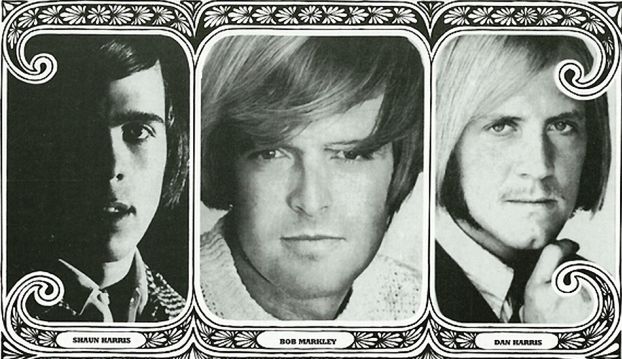