The Hare and the Moon - Obscure Classics ( Review ) 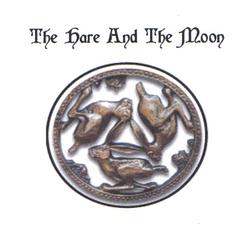 Great Albums You May Have Missed.

English folk music has a potential for creepiness that's unmatched by any other genre, and this adventurous duo have a very firm grasp of the unsettling and macabre.
Labeling the Moon and the Hare as just a folk outfit would be doing them a major disservice however, as they integrate a number of other interesting styles into their sound. Essentially they're doing the same thing that Fairport Convention were doing in the late sixties. Unlike Fairport however, the Hare and the Moon have the benefit of growing up at a time where they were exposed to among other things, psychedelia, seventies TV and movie soundtracks, and a little goth and industrial music, all of which make their influence known.
Often using traditional ballads as a starting point, they twist these familiar tracks into brooding minor key epics with buzz drones, layers of heavily distorted and often quite psychedelic guitars, and sparing but effective use of various types of percussion, most effectively tolling church bell and funereal bass drum to create a ritualistic, pagan atmosphere that gives Comus a run for their money.
The much covered child ballad Rolling of the Stones starts out with a piano delicately picking out the melody, bringing to mind a number of half remembered seventies English kids TV themes, before a ghostly female vocal enters with ominous percussion, finally overtaken at the end by a wall of doomy drones. 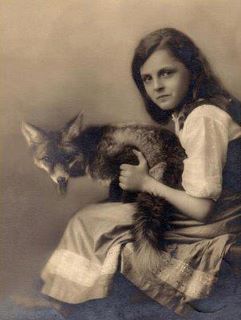 Lyke Wake Dirge, known to most from Pentangle's Basket of Light is given two similarly moody reinterpretations, one with female vocal, and one with a heavily treated male vocal, bathed in layers of atmospherics.
A key element to their sound is their interest in folk horror which is illustrated best with a trio of highly evocative originals May Day, O Whistle and I'll Come To You and Hob's Lane, presumably influenced by The Wicker Man, M.R James and Quatermass respectively.
So the good news is this is pretty fantastic, striking a perfect balance between the unsettling and the beautiful.  The bad news is that their music is easy to find sound samples of but not that easy to buy, for those ( like me ) who would quite happily hand over a few dollars for it.

Their albums are occasionally repressed in small runs through www.reverbnation.com so keep an eye on them. 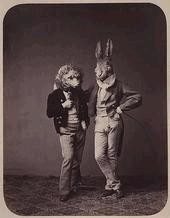 They've also got a myspace page with lots of sound samples : http://www.myspace.com/thehareandthemoon
and an excellent facebook page which is updated often with links to lots of videos and a stunning photo album that I'd recommend checking out.

Fans of the Owl Service, the Rowan Amber Mill, Hauntology, UK Cult TV and folk-horror films owe it to themselves to check these guys out.

Email ThisBlogThis!Share to TwitterShare to FacebookShare to Pinterest
Labels: Obscure Classics, Pagan Folk, Reviews, The Hare and the Moon