With Forever Changes, an iconic album frequently lauded as one of the best albums ever recorded, it's surprising how little people know of the rest of the Love back catalogue. Let's see what we can do about that.

Love ( 1966 )
This'll come as a bit of a surprise to those who only know Forever Changes. Surprisingly aggressive garage punk is the dominant sound here, with Hey Joe and My Little Red Book being particularly strong versions. Softly to Me shows their quieter, more melodic side and is a much more complicated piece of writing. Very consistent debut. ( 8/10 ) BUY IT HERE

A much more ambitious record, with harpsichords,flutes and horns added to the mix and sustained songwriting on the first side which is almost the match of the Forever Changes material. 7 & 7 is refines and perfects the debut's garage sensibilities while She Comes in Colors and Orange Skies show Arthur Lee and Bryan MacLean's songwriting developing rapidly.  Revelation takes up all of the second side and is a sprawling blues rock piece with moments of greatness and self indulgence fairly evenly stacked. ( 9/10 )  BUY IT HERE

Forever Changes ( 1967 )
An album totally deserving of it's many accolades, Forever Changes is a much more diverse and varied album. Scaling back the electric instruments, Lee chose to use mostly acoustic guitars with bass and drums to give the lyrics plenty of space, and he certainly had a lot to say about his generation. Cleverly charted horn parts are used to add texture and are often quite punchy while there's still room for some great psychedelic guitar parts, notably on A House is Not A Motel. Amazing stuff and essential for any serious sixties collection. ( 10/10 )  BUY IT HERE

Often regarded as the strongest of the post Forever Changes album, I actually think it's one of their weaker offerings. With a new line up, this is a much more heavy rocking version of Love, which seems to be inspired by the likes of Jimi Hendrix and Santana. Lee still had a great single in him with Always See Your Face, but elsewhere the tracks get a little too jammy with solo's that go on for too long, and you miss the impression that every note is in exactly the right place that the first three albums left you with. Still some good songs here, but they often feel like they're at the demo stage and are crying out for an arranger. ( 5/10 )   BUY IT HERE

Out Here ( 1969 )
Following up an album with too much jam material with a double album may sound like a pretty poor idea, but there's no questioning that the songwriting on Out Here is much more fully realised. Willow, Willow, I Still Wonder, Listen To My Song and You Are Something are all classic tracks in Lee's catalogue which would have fitted onto earlier albums nicely, and the longer jam orientated tracks are played with much more authority than on Four Sail. As with most double albums, there's a little bit of filler but this is a much stronger album and a worthy addition to your collection.  ( 7/10 ) BUY IT HERE

Continuing on in the vein of Out Here, this is much more concise and features one of Lee's best post Forever Changes songs in The Everlasting First, which features a notable guitar contribution by Lee's friend Jimi Hendrix. It's not quite as diverse as Out Here however and towards the end the songs do begin to get a little repetitive. It's a little on the short side too, and could do with a couple more quality tracks on the second half to help the flow. ( 6/10 )  BUY IT HERE

Out There
An excellent collection put together by Big Beat Records in 1990, this gathers most of the best material from Out Here and False Start and resequences them into a superior double album length CD. For all but the most hardcore fans, this will probably be all you need to represent their recordings from the Blue Thumb label. ( 8/10 ) BUY IT HERE

Love Lost ( recorded 1971 )
A recent release this one, put together by the reliably hardworking folk at Sundazed Records.  After being resigned to a major label, CBS this time, Lee put these excellent recordings together, but something went awry ( as it often did with Arthur ) and they were never released. They alternate between heavily Hendrix influenced soul rock hybrids to charming, delicate acoustic sketches. Lee revisited a number of these songs for his solo album Vindicator, but they're almost all more vital in these early, sometimes rough vignettes, almost as though he'd lost interest in them by the time of Vindicator. A very interesting bonus.
( 6/10 ) BUY IT HERE 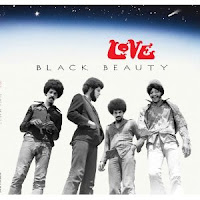 Black Beauty ( 1973 )
Finally seeing the light of day later this year apparently, this was recorded in 1973 for the Buffalo label, who unfortunately folded before it could be released. With an all black band, this is a much grittier r&b funk rock hybrid which while still heavily indebted to Hendrix, reaches even further back to Lee's soul roots. Only heard as a bootleg of patchy quality so far, it's generally been fairly poorly regarded, and the copy I've heard certainly makes it hard to get into. It'll be interesting to hear how the improved sound quality of the official release changes people's opinions. Reviewers who've heard the remaster seem to be unanimously rating it as Lee's best of the seventies. No rating from me until I've heard the real deal. 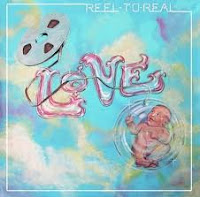 Reel To Real ( 1974 )
Utilizing the same line up that recorded Black Beauty, this is another album that is pretty hard to find but did have a limited release on vinyl. It continues Black Beauty's mix of soul and funk, and couldn't be more different to Love's sixties material if it tried, which makes it very hard to rate. As a hard rocking soul album it's not bad, although the production has dated considerably. But as the guy that put out Forever Changes, or even False Start? I just can't recommend it. ( 4/10 )

I'd also recommend checking out two archival releases put out by Sundazed. Ifyoubelievein and Candy's Waltz are both full of acoustic demo recordings put down by Bryan Maclean.

The material on Ifyoubelievein is the most interesting and was recorded in the sixties and seventies. Barber John, Fresh Hope, and Strong Commitment in particular are very strong additions to his catalogue.
The material on Candy's Waltz is of a much more recent vintage, but still shows moments of inspiration.

BUY If You Believe in HERE
BUY Candy's Waltz HERE