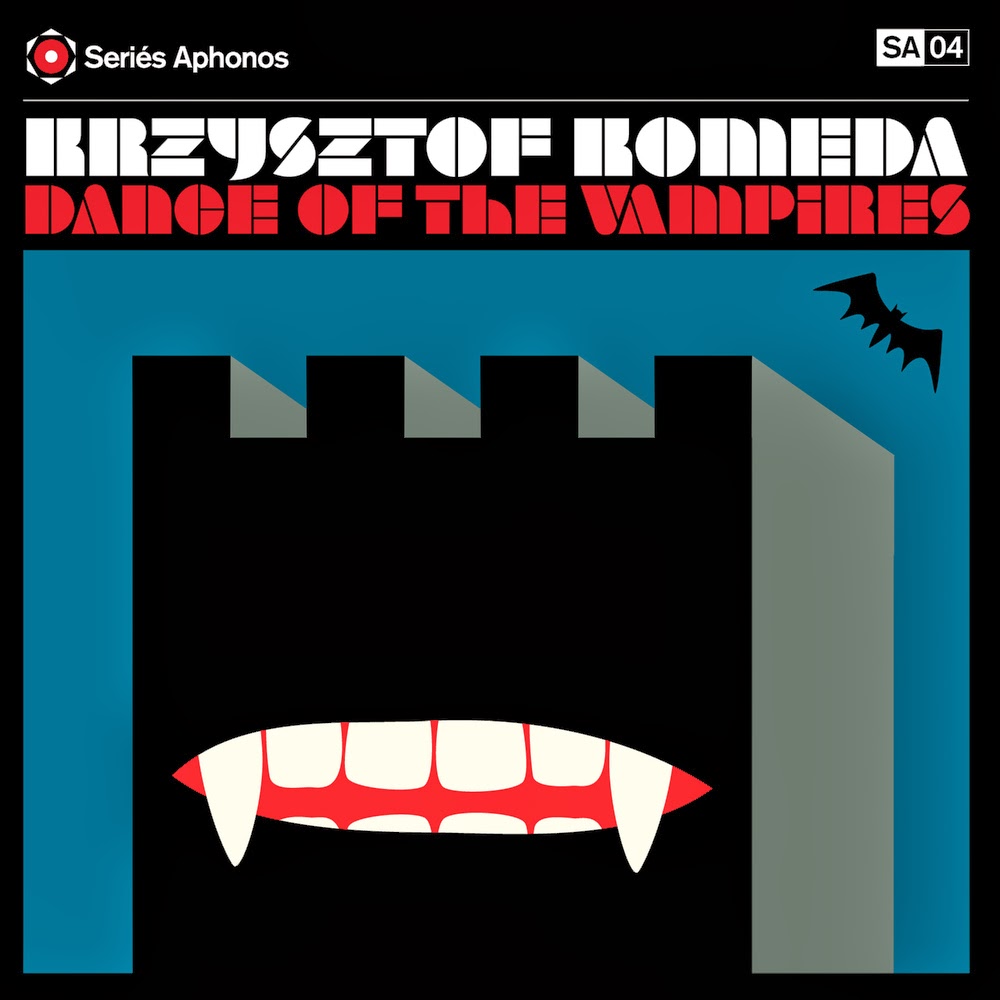 Kryzstof Komeda's score for "The Fearless Vampire Killers" is certainly one of his less acclaimed, perhaps as it doesn't play to his jazz strengths in the same way as his earlier Polanski scores (particularly "Cul-De-Sac").
In many ways it can be viewed as a dry run for what he accomplished with "Rosemary's Baby", combining hints of his earlier jazz material with the creepy unease of "Rosemary's Baby" and some more traditional, orchestral film score material sandwiched inbetween.
And while it may not be as cool as "Cul-De-Sac" or as influential or creepy as "Rosemary's Baby", it has still has plenty of frisson and some genuinely exquisite melodic material.
Particularly successful is the diabolical and creepy as hell choral work, but even the most traditional sounding orchestral material is given a neat twist to raise it above the level of its contemporaries of the day. If this had been the work of a lesser known composer with less of a legacy to compare it to, it'd be rightly celebrated now.
Kudos to Seriés Aphōnos for resurrecting this unjustly neglected gem.