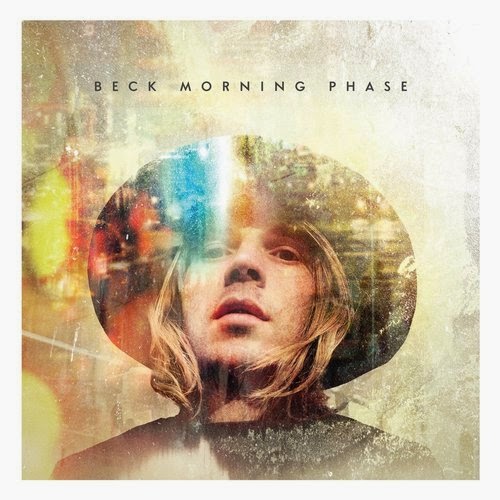 The promotional narrative that led up to the release of Morning Phase planted the idea that the album was designed as a sequel to Beck’s 2002 masterpiece of moribund misery, Sea Change. Promulgation of the sequel angle was a canny PR move, insofar as it created the desired reactions of fevered anticipation (from Beck’s fans) and snorting cynicism (from his detractors) that lit up Internet forums even before a lick had been heard. But such a narrative also put Beck in the unenviable position of having to prove he had once again come up with the goods. And so the questions that seemed foremost in the minds of both critics and fans were whether Beck had, in fact, created a worthy sequel along the lines of, say, The Godfather Part II, or would Morning Phase turn out to be stained with the stamp of stale regurgitation (i.e. Sea Change II: Still Changin’).

That said, it’s not entirely a fool’s errand to get drawn into the whole Sea Change/Morning Phase narrative, because the albums do indeed share some rather obvious similarities, including use of the same musicians and the same moody acoustic flavour (truth be told, at times these similarities are undeniable and, one would hope, a deliberate attempt at establishing a link: compare ‘Morning’ with ‘The Golden Age’ from Sea Change). Once again the album is given stirring orchestral arrangements by Beck’s father, David Campbell, who displays astonishing empathy with the material. Check out the ethereal beauty of ‘Wave’ and tell me you’re unmoved.

Sea Change was a soul-baring tour de force of romantic despair; one that seemed even more devastating because we had all come to view Beck as the ever-aloof master of ironic detachment. It was Beck’s dark night of the soul. Morning Phase, on the other hand – and here is where the idea of its being a sequel actually feels truly apropos and poetic – creates an atmosphere of deliverance into a morning of spiritual renewal, a la Van Morrison’s ‘Brand New Day.’

In this hazy morning-after phase there is still loneliness and sadness, but on the whole Morning Phase feels brighter, more optimistic than Sea Change. Listen to the soaring, positively exhilarating chorus in ‘Morning’ that takes off like the morning’s first jolt of caffeine, or the pulsing, chipper clip of ‘Heart is a Drum’. There is weariness in the words, but defiance in the music. If there was any intention of establishing a continuum between the two albums, then perhaps that is the intended takeaway. But make no mistake: taken on its own merit, set apart from the intimidating shadow cast by Sea Change during its 14-year climb to modern classic status, Morning Phase has already distinguished itself in this manner, in only a fraction of the time.

Available on vinyl, CD, and digitally.