E Gone "All The Suns of the Earth" 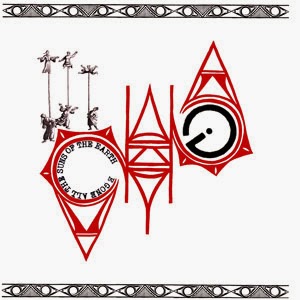 E Gone is Daniel Westerlund of Swedish psychedelic folk-rockers The Goner, and his debut solo album "All The Suns of the Earth" does what most side project / solo spin offs attempt, but few manage.
Stretching beyond the confines of the expectations of his day job, this shows Westerlund to be a restless, inquisitive soul with a tendency to dabble in more genres than most would deem safe, but where the dalliances of other solo artists tend to be hesitant when left to their own devices, Westerlund is always in full control of his creations.
Attempting to afix labels to music this diverse is likely to make your head spin, but within it's running time you'll find plenty of exotic, eastern fueled psychedelic rock, ominous, droning synth ambience, carefully layered, crystalline examples of (what is now unfashionable to call) post-rock and a couple of European tinged slices of americana that call to mind the best work of Sixteen Horsepower and the Tallest Man on Earth.
It's the instrumental tracks that shine brightest though for this listener, particularly the winsome "You Will Sing" (not to be confused with "Traveler, You Will Sing", featured below) which, with its chiming, glacial guitars, has a delicacy of touch that few post-rockers besides Mogwai have mastered.