"A Psych Tribute To The Doors" 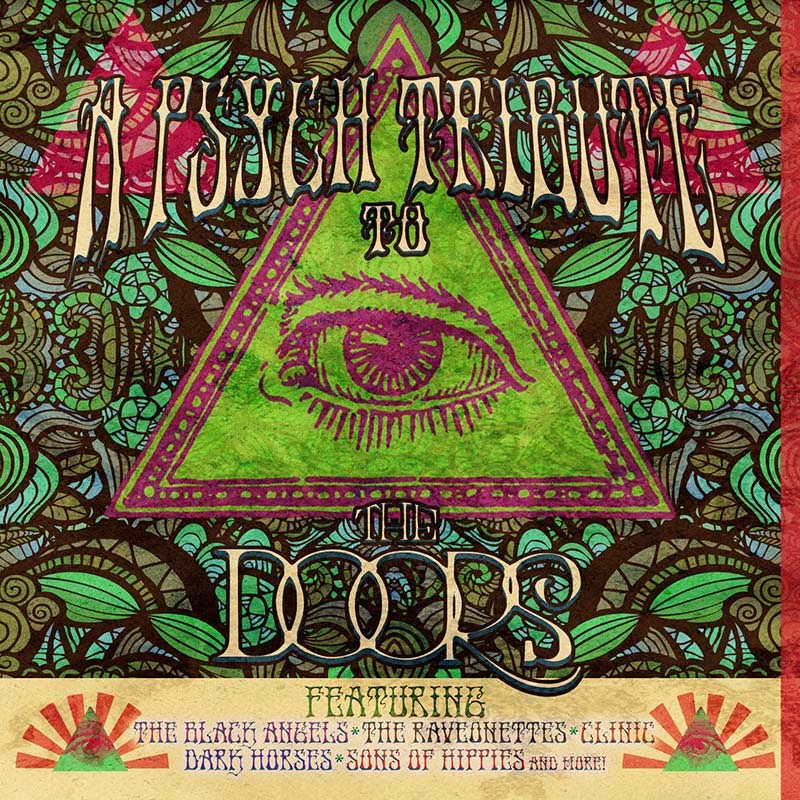 One of the most common failings of the tribute album is the desire to show how wide reaching the influence of the artist is by including covers by artists of many different genres. While this obviously speaks volumes about the appeal of that original artist, it rarely makes for a satisfying or cohesive listen.
Cleopatra Records have wisely narrowed the field for this tribute down to artists that - broadly speaking at least - operate at the more psychedelic end of the spectrum.
While this brief may also provide limiting factors to a certain extent, the majority of artists here approach the material in an adventurous fashion which doesn't simply consist of playing the original note for note with added reverb.
Interestingly enough, the tracks that work best are those where the original upbeat number has been given a spooky or downbeat makeover, bringing these tracks more in line with my favourite Doors material.
Dark Horse's take on "Hello, I Love You" has a creepy giallo vibe that gives familiar lyrics a sinister undercurrent. Clinic's subversive borrowing of "Touch Me" sounds like the bedroom doodlings of a maniac who hasn't left the house for months, while the Raveonette's lovely, concise version of "The End" could be used to back up the argument that Dream Pop's ancestry stretches back further than we've been led to believe.
It's not 100% successful of course - it's quite an ask to expect a listener to take in a whole album of remakes of songs they've carried around with them for most of their life without occasionally pining for the originals - but it has more hits than misses, and even those relatively few misses are noble failures that have opted to try something new rather than stick with the safe route.