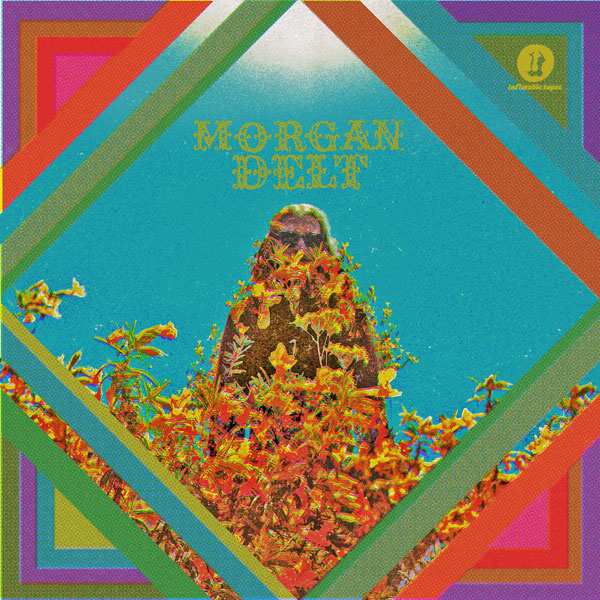 David Warner's portrayal of the fish and chip shop owning, gorilla obsessed Marxist Morgan Delt was pretty out there stuff for 1966, certainly enough so to catch the attention of a young Patsy Ann McClenny who decided Morgan Fairchild would be a name far more likely to bring her acclaim.
While things may not have quite come up roses for Patsy, that hasn't stopped this mysterious Topanga Canyon project from claiming a similar moniker.
I say project because I have no idea whether Morgan Delt is a pseudonym for a bedroom artist, the work of a band, or the real name of someone whose parents frequented a lot of anarchist cinema in the late sixties.
Mystery aside though, "Psychic Death Hole" is a pretty sterling first effort, that carefully balances irresistible hooks with just the right amount of tape manipulation and freaky deaky weirdness. This is deeply psychedelic stuff, but with a melodic core that will not be denied.
The diversity of recent Flaming Lips releases is certainly brought to mind, but ultimately Morgan Delt is in his (their?) own field with this odd, and extremely appealing bastardisation of psychedelia, tropicalia, krautrock, space rock and occasionally stoner rock.
"Barbarian Kings" is the immediate highlight, with it's sweet, vaguely eastern melody cloaked in hazy layers of shimmering psychedelia, but there's plenty more gold in them hills, so I'd advise you to keep digging.
Repeated immersion reveals many pleasures to be had, in particular the melancholy "Sad Sad Trip" with it's appealing "ba'ba'ba's" fighting for supremacy amongst a sea of kooky squiggles, while the splendidly titled "Backwards Bird Inc." rides a snaky guitar riff into a sunset both exotic, and terrifying.
Epic closer "Galactic Grids" is an even more sinister prospect - a monolithic space-dirge that transposes the evil syncopations of early Sabbath with the most disorientating of Hawkwind's interstellar trips.
Varied? Yes. Challenging? At times. Worth the effort? Oh yes.

Available on cassette or digital through the bandcamp link below.