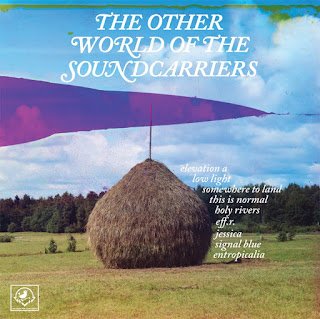 THE SOUNDCARRIERS - The Other World of the Soundcarriers
Never a group to do things the way you'd expect, the Soundcarriers new and excruciatingly limited edition vinyl only release is an instrumental, alternate takes collection of material from their upcoming album - an album which suddenly has big shoes to fill.
Barnstorming organ-led groovers with a heavy rhythmic stomp and plenty of heady flute interludes and psychedelicised guitars to add texture make this a winner from first to last. Probably a bit mean to review this, as it may be sold out already but e-mail Dom at thegreatpopsupplement@hotmail.com if you're keen on a copy.
Listen here: 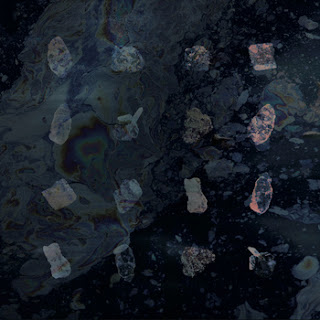 VERMA - Coltan
Trouble in Mind Records continue to diversify their catalogue with this lovely instrumental release from fellow Chicago psychedelic rockers Verma. Four beautifully recorded, long tracks that unwind at a luxurious pace, with the moody exoticism of "Tantalite" standing out. A few years back this would probably have been tagged with the dreaded post-rock label, but these guys are much more focused on interesting textures than the peaks and troughs that bands like Mogwai accentuated, although heights are certainly still scaled in the process.
Pretty damn lovely.
Available here.
Listen here: 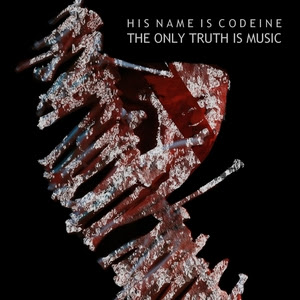 HIS NAME IS CODEINE - The Only Truth is Music
Now this is some highly appealing psychedelic shoegaze, from this new Scottish six-piece, self recorded, produced and released on their own Dead Book Records label. Despite this staunchly D.I.Y stance, this is a lushly recorded work with all of the dark, caterwauling menace of the heavier end of 4AD's output - at times sounding like some unholy hybrid of the Pixies and This Mortal Coil. Vocalist Lyn Ralph is a commanding presence, and does an impressive job of distinguishing herself amongst a giant sea of sound that most would get swept away in.
Buy the album, thrash it, and catch them at the Glasgow Psych Fest. Bet they'll be great.
Available here.
Listen here. 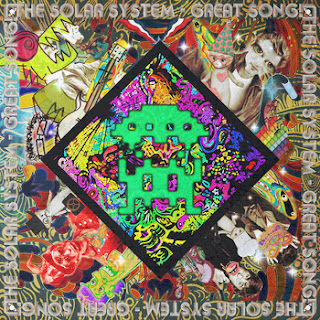 THE SOLAR SYSTEM - Great Song!
Chris Oliver's Solar System is now a three-piece and the interplay between these guys on their first E.P together (after a huge back catalogue as a solo Oliver project) is pretty amazing. Daniel Vought's supple drumwork in particular brings these tunes to life in a way that a solo performer overdubbing has very little hope of capturing. Key moments from Solar System history are revisited and given a thorough seeing too, with an emphasis on melodic psychedelic and/or indie rock pieces that makes this an ideal place to dip your toe into an intimidatingly large body of work.
Available here. All proceeds go towards a vinyl pressing of the E.P.
Listen here: 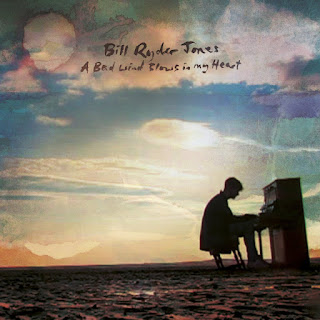 BILL RYDER-JONES - A Bad Wind Blows In My Heart
Former guitarist for the Coral, Ryder-Jones has had an interesting time of it since leaving the fold, with production and remix work as well as a rather lovely instrumental album.
"A Bad Wind Blows in My Heart" is his first album of 'proper' songs, and anyone expecting this to sound even remotely like the Coral may initially be disappointed. This instead shares ground with the two solo albums that Bernard Butler released after leaving Suede, ignoring the Coral's sixties obsessions in favor of a more timeless approach to songwriting that isn't tied to a particular genre, and is stronger for it. Lush, heartfelt and quite exceptional. Available digitally here, on vinyl here, and CD here.
Listen here.