Lots of great new 7" titles out recently, here's a rundown of some of the best of what's currently out, and what's on the way.... 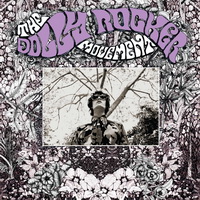 THE DOLLY ROCKER MOVEMENT - Your Side of Town / Silently We Sung / Girl of the 13th Hour
Australia's Dolly Rocker Movement enters it's eleventh year with another excellent single release on Danish label Bad Afro. If patchouli scented, psychedelic garage pop is your thing, you'll no doubt be familiar with these guys, and if not this is as good a place to start as any, with three concise nuggets brimming with memorable hooks and groovy organwork. A must.
Available through these stores.
Listen here: 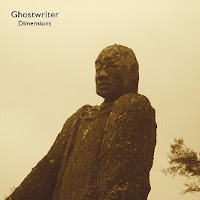 GHOSTWRITER - Dimensions
A decidedly hauntological affair put together by Mark Brend and friends who describe this as "a walk in the 1930's in the company of Charles Williams", a writer of supernatural thrillers much loved by other authors - particularly C.S Lewis). Naturally then it's a somewhat spooky and distinctly English affair with pastoral folk guitars, choral vocals, creepy lullaby style piano lines, music boxes, cosmic synths, theremins, sitars and lord knows what else in the mix. The eleven minute centrepiece "Dimensions" (split over both sides) features Jim Jupp (Belbury Poly) and is particularly intriguing, with a hauntingingly lovely refrain with admirable spook factor. In many ways it's like a mostly beatless version of something that Ghost Box might release on a particularly diverse day.
Download code and bonus track included.
Released in a staggeringly small run of 200 - Norman Records have some here - get in quick! 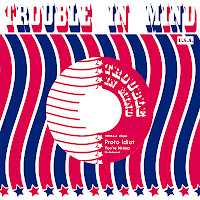 PROTO IDIOT - You're Wrong / You Can't Hide
On which Andrew Anderson (also of the Marble Vanity) gets to unleash his inner Chris Knox with two sides of classic indie jangle punk. Whoever "You're Wrong" is written for should feel suitably chastised after a listen to this, while the rest of us can just marvel at two of the most infectious anti-anthems I've heard since the mid eighties Flying Nun heyday. Gloriously primitive.
Available soon through Trouble In Mind Records (here)
Listen here: 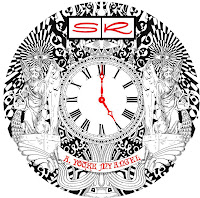 MIRI MAY - You Are My Angel / Five O'Clock World
An excellent twofer from the very talented Spanish born, London based Miri May Moon. Featuring covers of songs originally performed by Los Monjes & the Vogues. "Five O'Clock World" is a particularly successful marriage of psychedelia, baroque pop and girlie pop, produced by the ever popular Jacco Gardner.
Lovely stuff.
Pre-order through Saturno Records here.
Listen here: 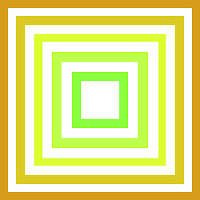 ENERGY GOWN - I Watch The Sun
Chicago's Energy Gown make quite an impression with their debut 7" - an apocalyptic piece of garage psych-drone with roots in the Velvet Underground and Amon Duul II, but plenty of contemporary clout too. Especially appealing is the deceptively melodic A-Side "Toe the Line", while the eight minute plus "Echo Tower" strays into more more freaky, exploratory territory.
Available here.
Listen here:


Artists / Labels : Do you have a suitable, recent 7" that you'd like to see covered here? Message me through the Active Listener facebook page for details.