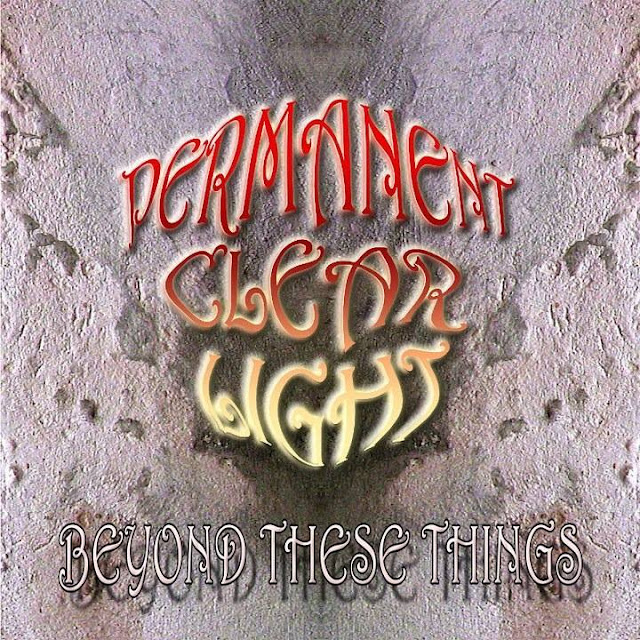 Finland's Permanent Clear Light have built a name for themselves with a succession of appearance on the Fruits de Mer label, culminating with the rather nifty "Higher Than The Sun" single, but now they're out on their own with their debut full length, and happily "Beyond These Things" shows Markku Helin and friends in their element, and stretching effortlessly beyond the confines of the single/compilation track format.
Fusing the most song orientated of classic prog rock (Van Der Graaff Generator, Pink Floyd) with contemporary psychedelia and some diverse orchestration, this is ambitious music that requires the broad canvas of a full album to fully appreciate.
An impressive diversity is on display too, from the pastoral folk and strings of opener "Constant Gardener" which briefly taps into that special place that few have found since Nick Drake's debut, to the playful Roy Woodisms of "Love Gun", via "Higher Than The Sun" - stretched here to almost ten minutes, and becoming something of a psychedelic opus in the process.
As good as the songs are though, it's when they stretch out instrumentally that the finest moments occur. There's a regal, majestic quality to these pieces when they take flight, highlighted by Helin's soaring guitar work, which has all the lyrical splendor of 'Division Bell" era Floyd, not to mention some diverse keyboard work which heightens the scale and drama of these tracks to places not seen since the prog glory days of the very early seventies. The rhythm section do a top job too -witness the way they effortlessly steer the relaxed pastoral, mellotron based progodelica of  "Harvest Time"  into crazed Flaming Lips territory at the drop of a hat.
And just when you think you're a step ahead of them and know what's going to happen next, they close with a previously unhinted at, and thoroughly authentic sounding cinematic western lament with "Weary Moon", suitable closure for an album that's traversed so many roads.
Great!

You can buy it and stream samples here.