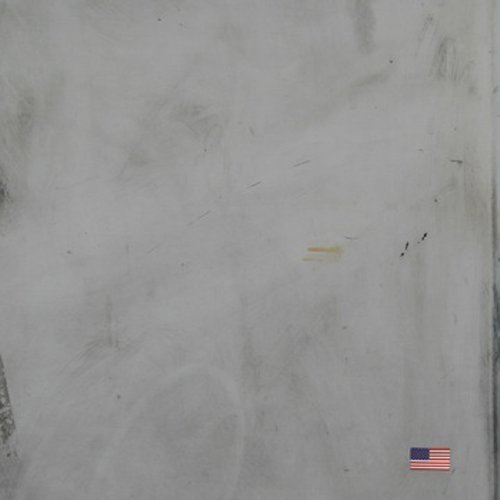 Sic Alps have clearly spent their time with their psychedelic record collection; on their 5th album they conjure Neil Young, Pink Floyd (particularly Barrett era), The Kinks, but especially The Beatles. This self-titled record seems to encapsulate every era of the British quartets phases, lo-fi garage rock, rickety orchestral pop, piano ballads. They have heartily embraced the 'everything-and-the-kitchen-sink' style favored by George Martin, and you can hear every detail in sparkling, startling detail.
Sic Alps emerged during a time of damaged cassette architects, (Pink Reason, Eat Skull, Woods, Psychedelic Horseshit), buried garage pop chops beneath layers of colorful scuzz. It was a time when a phrase like 'shitgaze' could be used as an affectionate affirmative. The thing that you had to work to realize was that almost all of these people were real SONGWRITERS, they were catchy as fuck, and they used noise as a stylized element, to throw off the squares, no doubt. They made their shit DIRTY, in a way that brings to mind THE JESUS AND MARY CHAIN, realizing again that noise was psychedelic in a different way - more amphetamines than hallucinogens perhaps. But these tripsters always worshiped rock 'n roll: electric guitars in the church and all that, angels in black leather.
So Mike Donovan and Matt Hartman emerge from the fog, standing in vivid detail in the studio. They reveal themselves as postmodern masters, weaving a web of homage to make something wholly personal, something wholly their own. They have done what any number of respectable bands have done - gathered their resources at an indie level until they become excellent, and then craft a pop opus. Think about Ariel Pink; he's not still recording on answering machines.
In this case, you hardly miss Sic Alp's grit at all. They are superb at songcraft; possible hits are stacked up on this record, interspersed with acoustic ballads and the occasional space rock ambiance. The records they were wearing out the most were probably Pink Floyd's "Meddle", The Beatles' "Sgt. Pepper", Neil Young's "Everybody Knows This Is Nowhere" - they have the sleigh-bells and the tambourines and the occasional barking dog, switching it up quickly between songs. It's like looking at a history of rock 'n roll flip book. 'God Bless Her, I Miss Her' was the first to hook my ear; a total memorable garage raver that draws you in and makes you pay attention. The quicksilver guitars are insanely hummable, and it's got that great '60s tube warmth to it. From there, you are sold, just waiting to hear the details, along for the ride. 'Lazee Son' is basically 'Seamus' from "Meddle", with its total sunworn shamble; it actually sounds like shadows crossing
the sun.
This record sinks in; it grows on you like moss. For even the casual listener, it's easy to be overwhelmed by the amount of sounds to be heard, and you're never sure which record to give your time to. Once I was at a psychedelic music festival, and one of the band members was wearing a shirt that read 'GIVE YOUR MONEY TO SIC ALPS'. I was sold, and they had my attention from that moment onward. I have picked this nexus from which to radially wheel; DRAG CITY have been good to us (they've given us a billion BONNIE 'PRINCE' BILLY records) and i'm from Chicago, so I have a certain hometown fealty. Once you give Sic Alps a chance, you will most likely be sucked into their psychodrama, and once in, you'll probably fall into a whole twilight zone of obscure tape releases, one-off collaborations, and spending far too much time on the internet than is probably good for you.

2. God Bless Her, I Miss Her - Restores my faith in rock 'n roll. Even reading about this record is fun! One critic said, "Songwriter Mike Donovan and drummer Matt Hartman sought an improbable union of pop sweetness and sonic hate, blasting Kinks riffs through Pussy Galore's shredded speaker cabinets." (Aaron Leitko, Pitchfork). This gets my vote for romantic ballad of the month, especially if your girl likes leather.

4. Polka Vat - Musique Concrete, anyone? Exquisitely sculptured - I like the controlled feedback and how the song constructs itself like a skeleton gathering flesh. So many tasty guitar layers!

5. Wake Up, It's Over II - This is probably my second favorite in the collection; it's pretty. Nice low-key slack; another reviewer made a comparison to Stephen Malkmus and Pavement and I think there's some validity to that. They were psychedelic indie rock as well. I like how this song bobs and stomps, messy and funky and bluesy, it gets inside your head and eats you from the inside out. Like all good music should.

6. Drink Up! - This could be a party anthem for a cough syrup convention. It also bobs off time, rhythms combine, like watching multiple swiss clocks while a drum line marches nearby. While atonal noise squeals in the background. The Flaming Lips would be proud.

7. Thylacine Man - Another super pretty ballad, that could be one of those Neil Young acoustic jams, or something off of Houses Of The Holy. The electric guitar break is glorious, and suggests complete control. This is that songwriting nuance I was talking about. I'm gonna have to go back and listen to their older records, now. This track really shows off Donovan as a guitarist, also; rippling arpeggio counterpoint multi track, sparse but coordinated.

8. Moviehead - Somebody for the love of god please tell me where this melody is from! This is one of those potential hits I mentioned earlier. Those guitar hooks!

10. She Saw You On The Slope - Ends in stillness; piano and wind.

This record came straight off of a series of 7"s released last year, and 2011's lauded Napa Asylum. The band clearly has a lot to say, and is getting increasingly adept at saying it. During the duration of Sic Alps, you begin to really feel for and connect with this band, it draws you in, it makes you want to hear more, know more. Their hooks are just heaven sent, and there is clearly something here. It makes me want to dive back into their back catalog, along with digging out some of the gems of the internet epoch that helped give rise to
these Californians. It just goes to show, that our generation is making masterpieces of our own.