The Shadow Kabinet "Nostalgia For The Future" Review 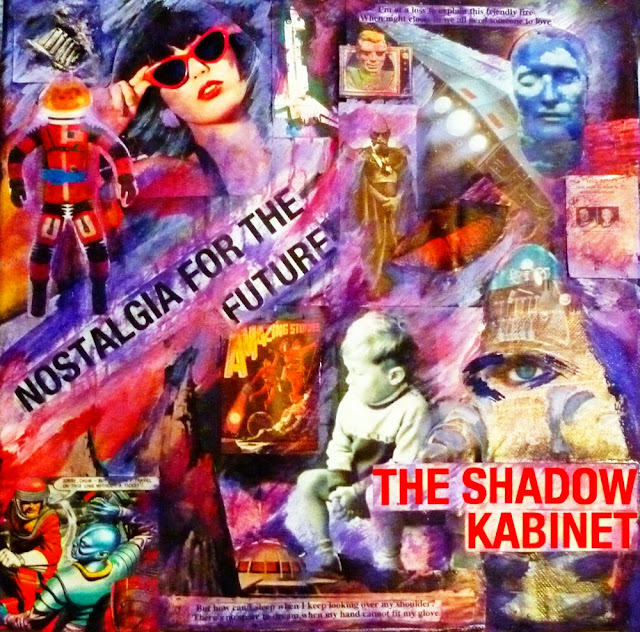 Steve Somerset and his Shadow Kabinet are already a proven element when it comes to quality Beatlesque power-pop so it's no surprise that "Nostalgia for the Future" is very, very enjoyable indeed.
Previous efforts by the Kabinet, especially "Smiling World's Apart" (bit of a classic that one) have been quality affairs no doubt, but "Nostalgia for the Future" is a definite step forward and sees Somerset further developing his own songwriting voice, as well as widening his net of influences.
There are still moments of wide eyed Beatlesque wonder (particularly on the gorgeously melodic closer "Let It Go"), but for the most part Somerset has resisted the urge to throw in the kitchen sink in favor of a more understated approach that allows these song's inner light to shine of their own accord, no bells and whistles necessary.
This toned down approach makes "Nostalgia for the Future" feel like the next logical step in Somerset's evolution. Leaving the kaleidoscopic days of the late sixties behind he's taken the first step into the solo phase that many of his idols entered when their band's crumbled in the early seventies, but has retained his playfulness and wicked sense of humor, ensuring that this doesn't come across like some po-faced singer songwriter album that sounds like it'd be sleeved with a photo of the artist sitting in a field, gazing meaningfully at something deeply important just off camera.
As fond as I was of Somerset's sixties stylings (which are still sporadically highlighted), stepping into the seventies has done the Kabinet no harm whatsoever, especially when they go all "Shine On You Crazy Diamond Part 11" on "Dust Descends as Light", or cheekily evoke the Police on "Ladder to the Moon".
You could argue that best of all are the sparsely adorned ballads "Honey Glow Afternoon" and "Nostalgia for the Future" which suggest that all Somerset really needs is an acoustic guitar and a tune to shine, but truth is everything he touches here turns to gold.
Essential for fans of George Harrison, Hunky Dory era Bowie and Pugwash.

Available here.
Have a listen to Steve's podcast about the album here: