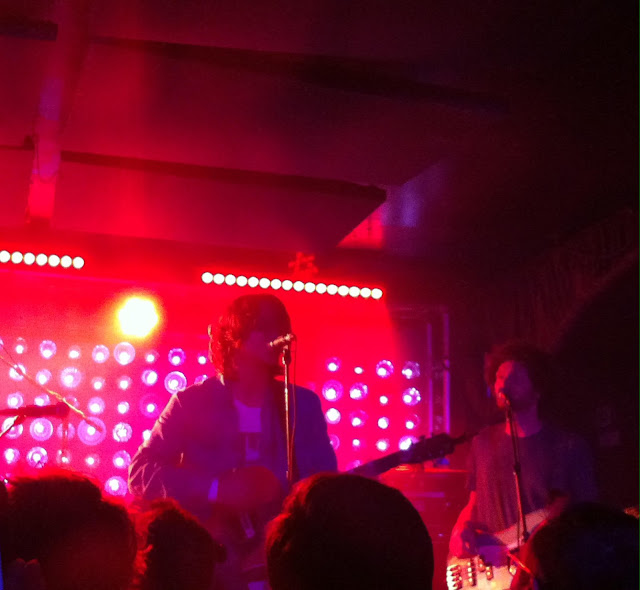 Review and photos by Chris Sherman

It had been nearly five years to the day (five years and one day to be exact) since I'd last seen Dungen play live. This past Thursday, I was able to catch them on their first US tour since their previous LP "Skit I Allt", and it was worth the wait. Though only the third date of the tour, Dungen was already in prime form, treating the packed house to nearly 90 minutes of music. Drawing heavily from what is likely to be considered by many as an album of the year candidate in "Allas Sak", they not only made those songs feel like classics that have been played hundreds of times, but brought a new energy to the fresh material. 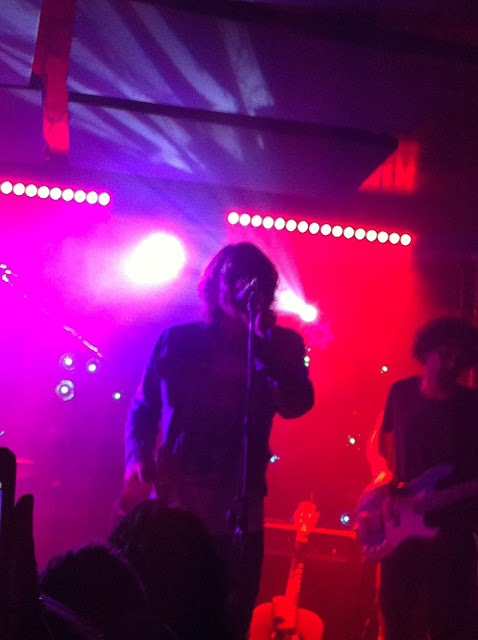 Gustav rotated between piano, organ, guitar, flute, and percussion, showcasing his instrumental prowess and his vocals were on fine display. Reine was busy firing off a flurry of solos and fuzz as normal, but also brought a soft touch to some of the more serene pieces, contributing Mellotron and a more subdued 12-string guitar. (And unless my eyes deceived me, he played the last two songs with a broken string, which was decimated during the guitar heavy “Gör det nu”). The rhythm section of Mattias and Johan was tight as usual, with Mattias bouncing around in his corner and supplying not only intricate basslines, but heavy doses of backing vocals, while Johan delivered his tom heavy fills and jazzy chops.

Since I basically spent the entire show going “oh, this one is my new favorite!” only to have it trumped by the next, I’ll spare the full song analysis and talk about some of the particular highlights. “Fredag”, which has always been the standout for me from "4", made an early appearance much to the crowd’s delight, getting everyone moving with the bouncy tempo and amid a flurry of Fiske guitar explosions. The combo of “Sista Festen” and “Sista Gästen”, played in tandem like the LP, was one of the first goosebump inducing moments. Listen in particular to the flute and guitar harmonizing and you’ll hopefully feel it too. "En gång om året" was another of those moments; the highs the song reaches during the coda as Gustav pounds the piano and Reine reaches for the sky with the solo riff are tough to explain.

And if I may digress for a second, here is an interesting anecdote courtesy of the dudes behind me from before the show, discussing what they think the song titles translate to in English. An excerpt:

“I really love that new song, the cactus one. Kind of a ridiculous title, right?”

“Well, you know it’s probably something super profound in Swedish, but to me, I’m just calling it Frank’s Cactus and pretend it’s about someone’s plant”. 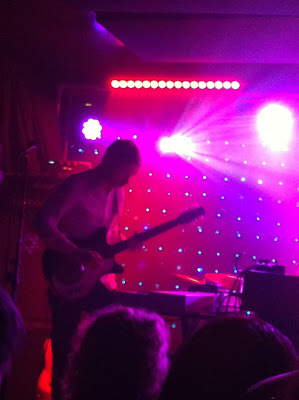 Throughout the song breaks, I’d hear “Play cactus!” Well, the gentlemen not only got their wish (by the way, the song is a killer live, and the melody has been stuck in my head for three days now!), but Gustav shared a story beforehand, saying that, yes in fact, the song is about his neighbor Frank who owns a series of cactus plants. Sometimes it really is just the simplest explanation.

While the set list was rife with Dungen’s classic older tunes (“Festival”, “Panda”), we were treated to what I would consider some unexpected choices, notably the beyond catchy “Det tar tid”, the gentle “Ingenting är sig likt” and the raging jam “Blandband”, the latter of which went through stretch on my stereo in 2010 and 2011 where it was on constant repeat, so it was beyond a thrill to get to see it live. They also interestingly did a four song medley mid-set, the bulk of which was material from the lesser appreciated "Tio Bitar" album; an interesting experiment, but it really made the songs feel rushed and had myself longing to hear the full version ("Så blev det bestämt" anyone?!).

Closing things out was a trio of “Sova” (already sounding like a classic), "Gör det nu" (delivered as furiously as ever), and "Bortglömd", all of which were segued into each other, creating a monster of a song, which left the floor gasping for air, yet wanting more. The band returned to the chants of an encore to play the singalong “Du e för fin för mig”, before giving way to the Experience-esque jam closing portion. Upon leaving the stage, it seemed that all four band members apologized for it taking so long to come back to America and promising to return soon. Even if we have to wait another five years, it’ll definitely be worth it.

And here's a Soundcloud link for the majority of the show from one of our readers - thanks John Livingstone.