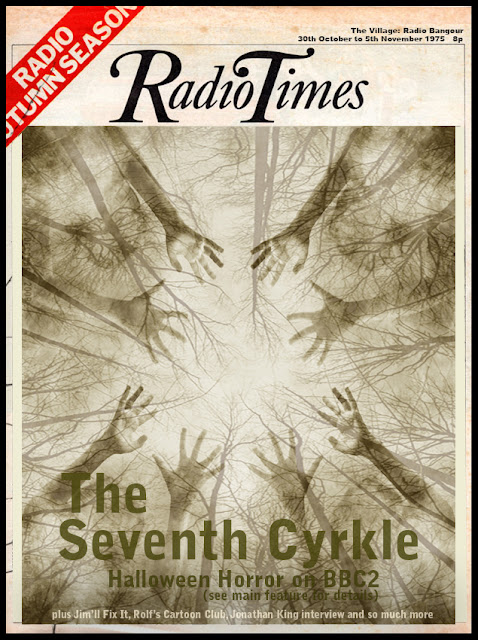 There's plenty of new psychedelic / hauntological / horror sounds out this month. Here's our recommendations of the pick of them for your Halloween listening.

First up is the soundtrack to the 1975 horror anthology TV series, "The Seventh Cyrkle" based on the book of the same name. Seven tales by seven different authors, tales of madness, the occult and the supernatural. Brought to you by the same folks who exhumed "The Goat Man", "The Children of Bow Abbey", and other similarly obscure folk-horror classics, this recently rediscovered collection of soundtrack recordings from the TV series is all creepy analogue synths, Carpenteresque spine-tinglers, ghostly accapella, and eerie "Children of the Stones" chanting. Check it out here. "Songs For Swinging Ghosts" is an excellent new collection of excruciatingly rare British 45s from the fifties and sixties with a supernatural theme. There's some real gold here, and quite a variety on offer, with everything from Joe Meek style guitar instrumentals to big band to Screaming Lord Sutch. It's the perfect Halloween party album. Or as the original press release offers: "Here's a classy collection of sexy sirens and cool ghouls, a party friendly selection that could have been the soundtrack to Carry On Screaming! Think Elvira and 'Monster Mash' on a holiday at Ealing Studios. Most of these spooky tunes have never been on CD before, and are rare 45s from the collections of writer and musician (Saint Etienne) and renowned DJ Martin Green. Highlights include club hit ‘Fallout Shelter’ (banned by the BBC in case it worried "listeners of a nervous disposition”!), Lyn Cornell's saucy ‘Demon Lover,’ and Tony Hatch's super-rare TV theme for ‘Ghost Squad.’ Haunting stuff!" 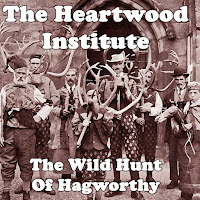 The latest Heartwood Institute release is, in Jonathan Sharp's own words: "an imagined soundtrack to the novel "The Wild Hunt Of Hagworthy" by Penelope Lively, originally published in 1971. The aim being, to create a soundtrack as it might have sounded at the time of the original publication...", and it does just that, soaked in the same sinister ambience as the Institute's previous excellent release "Astercote". A more in depth review will follow, but for now follow this link for a free / name your price download, before a fixed price is set in the next few days. 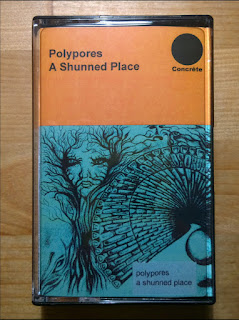 Polypores' previous digital releases have been covered extensively in these pages, so it's exciting to see his latest full length getting a cassette release, as well as digital, thanks to the fledgling Concrete Tapes label. "A Shunned Place" (complete with Ghost Box-style cover layout) is a big step forward for Polypores. While previous releases have offered a distinct hint of what the soundtrack to "Berberian Sound Studio" may have sounded like had it been scored by Boards of Canada (no bad thing either), this new release is a much more ornate and layered affair. It's still a creepy piece of work for sure, but there's much more going on here than can easily be digested in a single sitting. Cassette and digital available here. 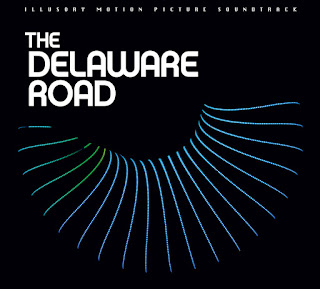 "The Delaware Road" is probably best described by this extract from its press-release: "London. 1968. Two pioneering electronic musicians discover an unusual recording that leads to a revelation about their employer. Fascinated by the seemingly occult nature of the tapes they conduct a studio ritual that will alter their lives forever. "The Delaware Road" is a psychological thriller & an audio-visual treat for fans of archived electronica, far out jazz & haunted folk grooves. Loosely based on the lives of influential, electronic musicians Delia Derbyshire & John Baker, it's a tale of obsession with sound, sex & occultism, exploring the highs & lows of the characters brilliant but troubled careers. Hot on the heels of the recent John Baker BBC Radiophonics album The Vendetta Tapes, writer & producer Alan Gubby realises a long-gestating project that offers a dark, disturbing & alternative vision of the evolution of electronic music." CD and digital stream or download available here. 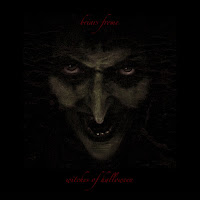 You'll remember Briars Frome from our recent Acid Folk Sampler, where his "Black Shuck" was one of the highlights. He's back with another spooky offering for Halloween - an atmospheric new take on "Witches of Halloween". Those of a certain age may remember this popping up originally on the 70s UK Schools Programme "Words and Pictures", where it left an indelible impression on Briars Frome's Mark Back.  Free / name your price download here. 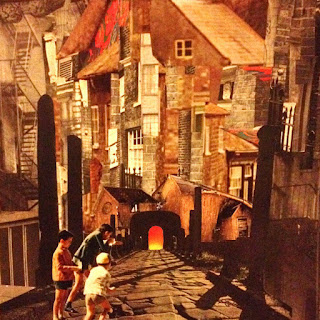 Onto something a little more rock n roll to finish, with Ancient Cities who like their spooky subject matter. Hot on the heels of their cover of "I'm Your Witchdoctor" for our Nuggets II tribute, comes "Haunted House", a raucous little number that reminds these ears of the sorts of treats that used to come out of the Black Keys' camp before they got too slick. Judge for yourself here.

And while you're at it, don't forget to check out the BBC's new radio adaptation of the classic "The Stone Tape", directed by Peter Strickland - should be great.

Have a great Halloween!