The Hanging Stars – The House on the Hill 7” 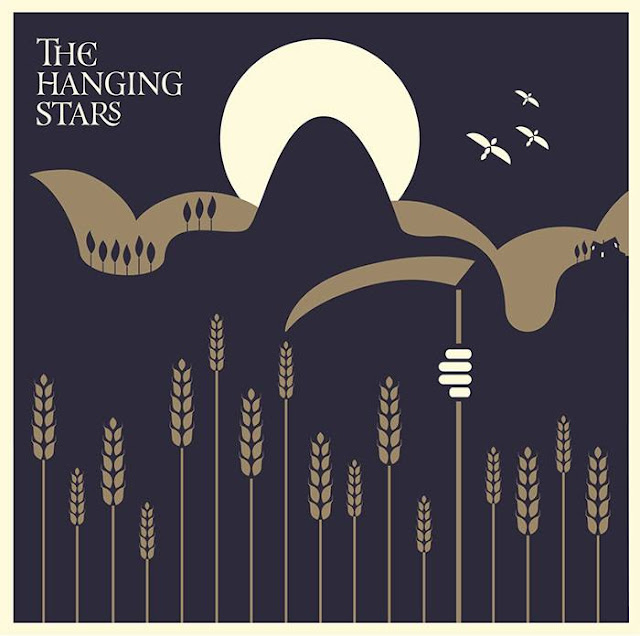 I had lots of nice things to say about the Hanging Stars debut 7” earlier on this year, largely because it did very nice things to my ears. Such nice things, that I was hoping for a full length release this time around, but that’s more of a reflection of my not-being-able-to-put-half-a-packet-of-crisps-back-in-the-cupboard greed levels, than any lethargy on the band’s behalf.

So here we are only five months later with a second 7” on the Great Pop Supplement, a label renowned for its relentlessly impeccable taste, as well as its ability to sell out a pressing before I’ve even realised that something’s out – so hopefully I’m not too late telling you about this.

There are three tracks of impeccable country psych here from the London based band, with a pronounced U.S west coast psych influence rubbing shoulders in a surprisingly matey way with a very particular type of eighties indie jangle pop that only ever sounded right coming out of the UK.

A-Side “The House on the Hill” is a dramatic murder ballad, adapted from a text collected by Alan Lomax, which deftly balances the band’s ever present jangle, with wistful pedal steel swells and staccato “Ghost Riders in the Sky” guitar blasts.

The two tracks on the flip segregate the two opposing sides of the band’s psyche somewhat, with “Endlessly Aimless”, a delicate indie-pop ballad creating a lovely pastoral air, while “Mother of Earth” is a grittier country affair, with impeccable pedal steel, and Richard Olson’s vocal delivered with an air of gravitas that suggests Johnny Cash or at the very least David Berman.

Another fine entry from this band, which escalates my anticipation for 2016’s debut album.

You can order the single from Norman Records, or direct from the label here. Also check out the band’s Soundcloud page, and the video for “The House on the Hill” here: