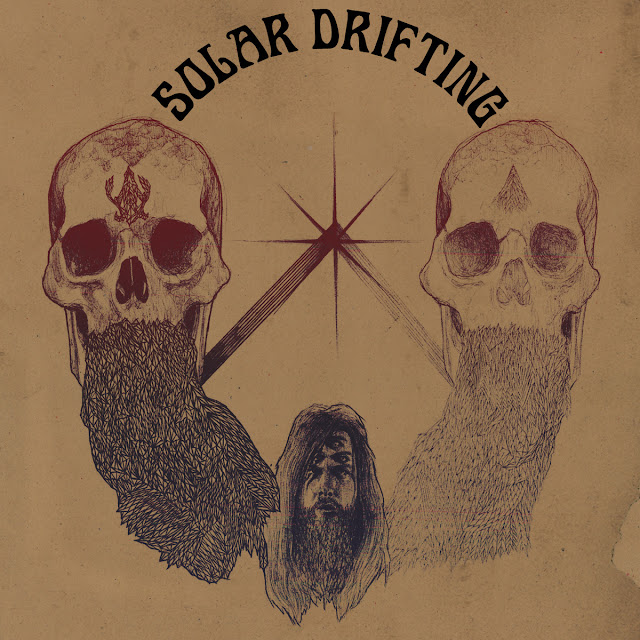 Expo ’70 is Kansas City, Missouri musician Justin Wright, who has, since 2003, built a name for himself in a certain crowd - one synonymous with improvised Kosmiche guitar and sprawling sonic meditations. “Solar Drifting” is a compilation that draws from his extensive catalogue (taken from previously released and now out-of-print singles and a 2012 EP, all of which have been re-mastered for this), so if you’re looking for the band's most recent incarnation, which includes a bassist and a drummer, this isn't the place to find it. This is more a return to early form: that is, all Justin Wright. And that’s never bad.

The ten minute opener, “Soft Wave Continuum,” is entirely synth based, no rhythm section and no guitars – at least as far as I can tell, save perhaps a bit of low-end white noise about two minutes in. With such instrumentation, the scene is set, almost naturally bleak – as if the cover art didn’t clue you in before. So much so that by the time a bit of treble – in the form of reverb and delay drenched guitar – leaks in during the second track, “Transcending Energy from Light (Excerpt),” it’s just that, like a ray of light breaking through. The dramatics are palpable. For a compilation, the arrangement is rarely so spot on.

For those who do not know Expo ’70 or fear the long scroll of discography on Bandcamp, “Solar Drifting” is as welcoming an entrance as you might hope for. While a true representation, the compilation does feel edited for digestion, maximizing the experience in mostly short – for Expo ’70 at least – bursts while also meditating upon the sound, the pacing and organization.

“Solar Drifting” is available on limited edition CDs or cassettes and digitally from the expansive Expo ’70 Bandcamp page (via the streaming link below). While you’re there, Wright has two more tentative releases slated for this month: “America Here & Now Sessions” and “Kinetic Tones” from Oaken Palace (which supports protection of the Flores hawk-eagle).

You can sample two of the tracks from "Solar Drifting" here: