Here We Go Magic - Be Small 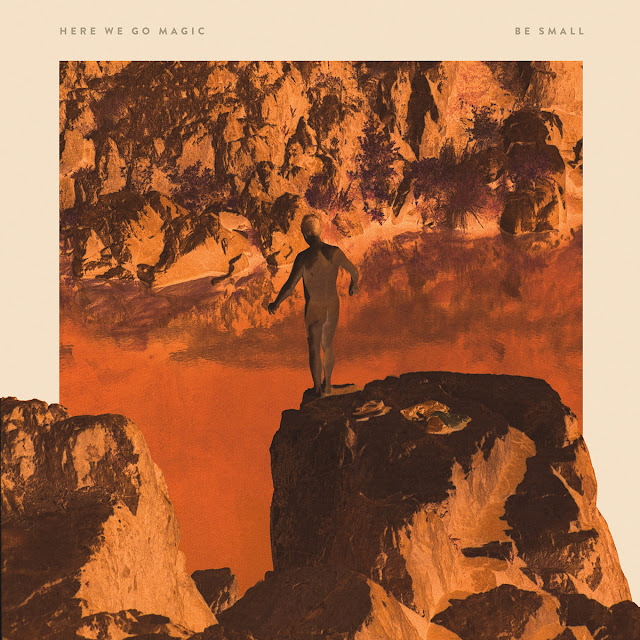 When the latest batch of Active Listener promotional review offerings arrived, this new one from Here We Go Magic grabbed my attention before I even listened to a single song. All it took was this statement at their Bandcamp page: “Inspired by the massively under-appreciated Eno/Cale tune ‘Spinning Away.’”

Which, as I very well know, comes from one of my favorite albums of the early 90s, the equally underappreciated, "Wrong Way Up".

With my expectations appropriately high, I downloaded my copy of the album and clicked Play. A smile crept across my face as the sound effects of “Intro” faded out and into the synth-art-pop of “Stella.”

With subtly layered vocals that float over pulsating electronic rhythms, intertwining staccato synthesizer parts that weave through the background, and a constant undulating electronic hum keeping it all anchored, “Stella” could almost be a Wrong Way Up outtake.

The title track follows, with a slightly more-organic arrangement. The electric piano, early synth sounds, and slow simmering grooves sound like nothing so much as "Abandoned Luncheonette"-era Hall and Oates, with soulful vocals to match. A little Fripp-esque guitar in the middle of the song reminds you of the album’s primary source of inspiration.

“Falling” features some outstanding guitar playing, as well, and a great hook. “Tokyo London US Korea” has mantra-like vocal chanting, as a synth arpeggiates the same chord for the entire song—a neat little trick borrowed from another track on "Wrong Way Up" (“Lay My Love”). And, just as with that other song, a sense of movement is created by slowly and subtly building the arrangement—piling new voices and sounds on top of one another to build the song’s intensity, even as it remains, technically, stagnant.

“Girls In the Early Morning” offers something of a departure. Here, the band appropriates some of the romantic late-period Roxy Music sound, circa "Avalon", with swelling synth strings and a crooning vocal that beckons the listener closer. A beautiful guitar solo outro hints at something even sexier about to happen.

Influences aside, the album’s overall vibe is akin to the sound of a human soul trapped inside a machine. Yes, there is the obvious mechanical/synthetic nature of a lot of it, but it is always warm and somehow inviting.

So, did "Be Small" meet the high expectations that I'd set for it? That would be a near-impossible task. The album is obviously derivative, but derivative by design. To its credit, it plays as an homage to, and exploration of the band’s influences, rather than mere aping. And by that measure, listening was an absolute pleasure.

Those of you who are fans of the new Tame Impala album will find a lot to love here, too. But for you fans of the poppier side of Brian Eno, you all but owe it to yourselves to check this one out.