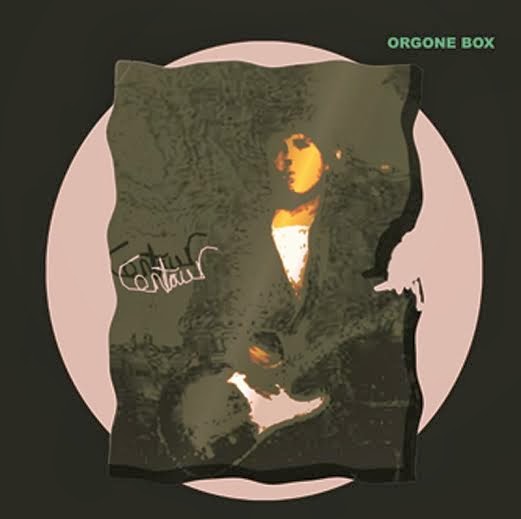 The convoluted and frustrating path that led to the recording and release of 2001's self titled "Orgone Box" album (actually recorded in 1996) makes a fascinating read, and the resulting album is an acknowledged lost classic - heard by few, but cherished by that small number.
So when Sugarbush Records boss Markus Holler decided it was time that the world had another chance to digest this exquisite psychedelic pop treat, Orgone Box mainman Rick Corcoran took the opportunity to give things a bit of a tweak, resequencing, remixing and re-recording (vocals mostly I gather) to make an album that I initially thought was untouchable, even better.
Strictly speaking this isn't exactly the "Orgone Box" album. The sequencing is completely new, a few tracks have departed, and there's a new one in it's place (the fact that this new track "Wethouse" is one of the weaker tracks on the album says more about the quality of the 1996 material than any weakness of its own). It is however the definitive statement of what the Orgone Box was, and promisingly enough appears to still be about - Beatley pop tunes with cleverly subversive verses and gloriously soaring choruses. And while the original mixes of these songs sound very much like psychedelia as remembered in the nineties (think a more psychedelicized Cotton Mather), with the clean and occasionally sterile sheen that comes from a mostly home-recorded affair, these new mixes sound both startlingly contemporary and far more authentically vintage sixties at the same time.
The overall effect is that what was once a slightly-delic power-pop album of fantastically well observed Beatlesque pop moments, is now a kitchen-sink psychedelic baroque pop extravaganza. Regular readers of this rag will have found themselves instructed often to investigate the recorded works of Beaulieu Porch - anyone who has investigated that catalogue and been impressed should follow up immediately with "Centaur" sight unseen. You'll love it.
"Mirrorball (When I Want To Feel)" is a personal favorite, with a chugging "I am the Walrus" cello section, chiming Harrisonesque guitar arpeggios and effects laden vocals and guitar parts sweeping through on a solar breeze. The anthemic "Judy Over The Rainbow" benefits similarly from it's retweaking with a slightly slower tempo and added chorus harmonies finally realizing its full regal splendour.
In Corcoran's own words: "Centaur is very important to me now not just as an artist, but emotionally, and I think it's self-defining now. There was a disconnect before in many ways, but now I think that collection of songs have caught up - to the best we could do anyway without re-recording the whole thing, which would have been a disaster! That story is now complete as far as I'm concerned and it's time to move on. The next full album is going to be much more dream sequence than Centaur, much more Plastic Ono too, harder I think - it wont be soft rock I know that for certain."

Limited to 400 copies on vinyl only, you can buy "Centaur" on eBay directly from Sugarbush Records here.