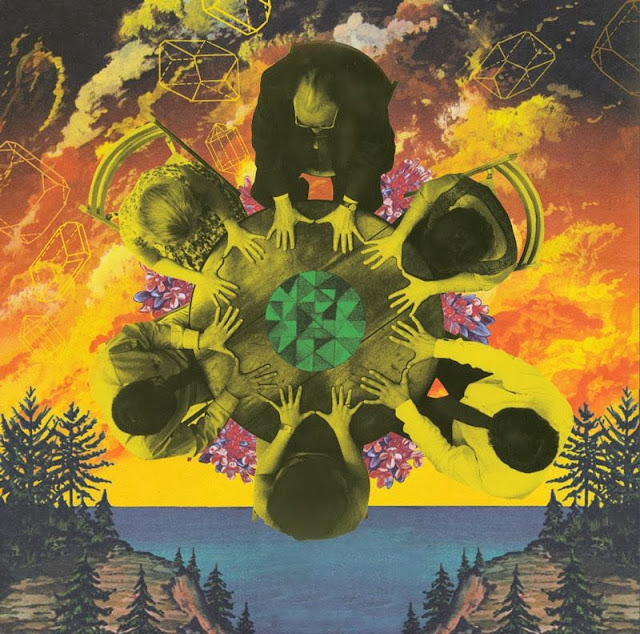 While it seems that my homeland New Zealand is largely ignoring the psychedelic music revival, I can at least rest safe in the knowledge that our closest neighbour, Australia has picked up more than its fair share of the slack. My writing over the last year has been littered with great new psychedelic albums from the land down under (although over us) that haven't managed to gain much traction internationally so far, but prove that there's a lot more to the local scene than Tame Impala and Pond.
This new collection from the Melbourne based Psyche Ward label aims to go some way towards addressing this situation and does a pretty convincing job, showcasing the year's best tracks from psychedelic artists associated with the label.
Of the nine acts featured here, the Grand Rapids and the Citradels have already both been glowingly reviewed in these pages, so you know what to expect there. The other seven acts are no slouches either and build a convincing argument that Australia is near the forefront of the new psychedelic rock movement. While not necessarily highlighting the diversity found within the scene, Psyche Ward has attracted artists that fit into a certain aesthetic, mostly heavy psychedelic rock that sounds like it was raised on nineties alternative rock - an attractive proposition for a thirty-something like myself musically weaned on a similar diet, not to mention a recipe for a very cohesive sampler with an excellent flow, unlike some of the more disjointed moments that a more diverse collection invariably presents.
Contrast's "Dull" channels the melodic chime of early Placebo through a wall of heavily shoegazed guitars in a fashion that nods towards certain influences without loosing any of it's contemporary clout. Lioness Eye on the other hand combine reverb-laden jangle with a big grungy riff that showcases some nice harmony guitar details.
There's plenty more to love here too with no-one letting the side down, and this particular release only representing the tip of the proverbial iceberg in a scene that continues to grow and diversify in new and exciting directions.
All on a lovely thick slab of black vinyl, lovingly enveloped in a glorious sleeve by Jason Galea that's almost worth the admission price alone.
Highly recommended.