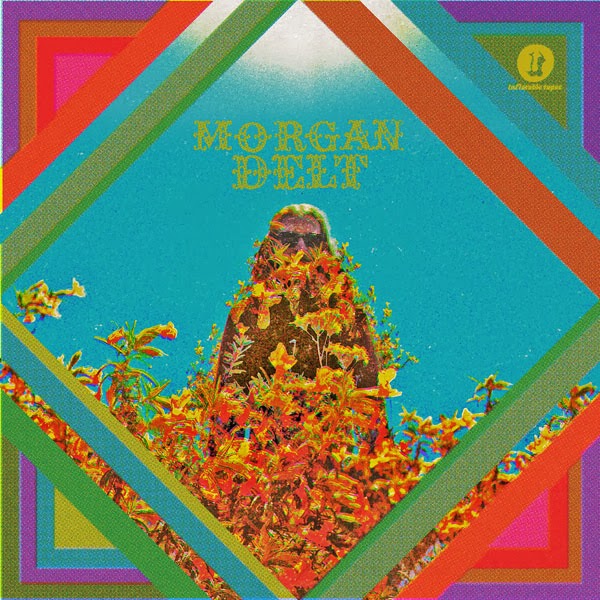 Back in April or May of last year I received an e-mail with a download code for an E.P by Morgan Delt with an extremely brief note, the gist of which was "Here's my E.P, you might dig it."
He was right - I did (review here), and so did a whole lot of other people, among them the folks at Trouble in Mind who gave him the opportunity to release this self titled full length, comprising the majority of that first E.P and a bunch of new tracks that fit seamlessly alongside.
"Barbarian Kings" is the track that has had most foaming at the mouth and it's very easy to see why; after a hundred odd plays, it's yet to lose its appeal for this listener with it's unusual hybrid of baroque pop, woozy psychedelia and off kilter John Barry spy drama revealing new layers of sonic delight with each listen.
Naturally this should be your starting point for the album and if you're not grabbed and shaken around by it, it's probably best to not only move on, but give up on music appreciation entirely.
The new material that accompanies it shows plenty of melodic and sonic invention too - impressive given the pressure that must arise when a bedroom project with no implicit expectations suddenly turns into a record deal.
"Mr. Carbon Copy" is another hit in the waiting, with it's insistent rhythm barrelling forward like a caffeine fuelled beat poet perched at their typewriter and a lovely lyrical guitar line that compliments its irresistable melody perfectly.
And that's part of the major appeal of Morgan Delt's work - his songs at their core are deceptively simple and melodic, but they're blanketed with so many layers of sonic artifice that you have to actually pay attention to be rewarded with the pay off. In that regard the cover art for his album functions equally as well as a manifesto for his approach to production - that is indeed a portrait of the artist buried under layers of colorful foliage.
A comparison made by Trouble in Mind's press release probably illustrates this best; "equal parts Odyssey & Oracle and Parable of Arable Land ". A lofty claim I grant you, but here Morgan Delt has reached the heights of melody and invention that such a statement implies, and forged the perfect marriage between the two.