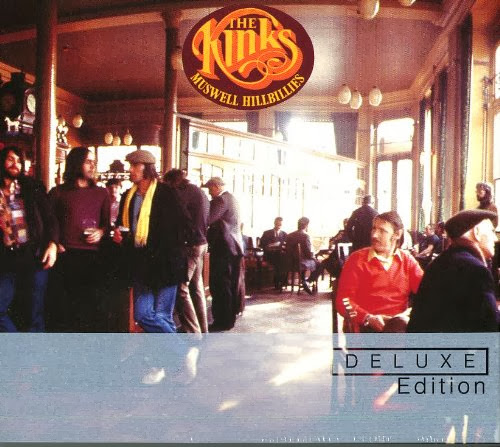 Muswell Hillbillies is one of the best Kinks albums, and also ranks as one of the best albums of the past forty years. It defines a specific period in England after the war, and contains Ray Davies’ miniature portraits of a whole host of colorful characters. While it doesn’t top Village Green Preservation Society as my favorite Kinks album, it sure is darn close. It has aged extremely well, and could have been released anytime. Consider “20th Century Man” which states:

I was born in a welfare state
Ruled by bureaucracy
Controlled by civil servants
And people dressed in grey
Got no privacy
got no liberty
Cos the twentieth century people
Took it all away from me.

That could have been written last week! It remains one of my favorites from this excellent album, along with “Have a Cuppa Tea” and “Muswell Hillbilly”. But there are so many treasures here that it’s hard to pick a favorite. The Davies brothers mix in bits of music hall/vaudeville, country, folk, and blues with their usual rock and roll
Is it worth paying extra for the reissue? The extras are fine, but I am not sure they are essential. Still, the alternate version of “Waterloo Sunset” in “Lavender Lane” is really good, even if the former tune is superior in execution. And “Mountain Woman” almost sounds like a Grateful Dead outtake.
Looking back, it’s hard to believe this album wasn’t a huge hit for them, but other than discerning critics and long time fans, people were indifferent and this bombed on the charts. I must admit that at the time I first heard it, it didn’t impress me as much as it does now on repeated listenings. There is a lot of depth to Ray’s observations that just skips past most people looking for a quick sonic fix. You won’t find that here, sorry. This requires concentration and reflection, and most people won’t give it the time. Which really is a shame, given the quality and variety of this music. In summary, this is a wonderful, gently nostalgic and essential collection for all Kinks fans.