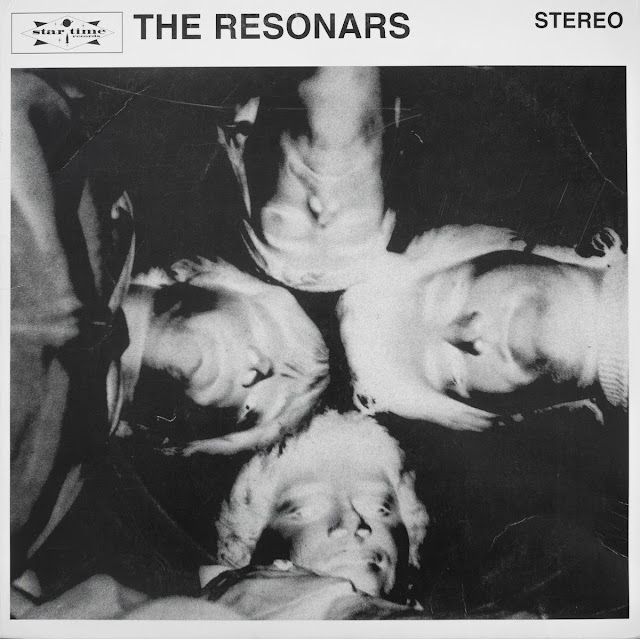 Those that haven't been paying attention may not have noticed that a holy grail of sorts for fans of the Resonars is now available again. Long out of print, and only represented by one song on Trouble in Mind's recent "Greatest Songs" retrospective, the Resonars self titled album from 1998 has only been a mysterious name on online discographies to alot of us who discovered the band later in the day, so this opportunity to investigate the early days of Matt Rendon's output is entirely welcome.
Elbowing aside 1995's "Tripping In Your Coffin" (a cassette only release recorded with a full band line up), we'll treat "The Resonars" as the official debut full length, as Rendon himself appears keen to do.
The first album multitracked with Rendon on all instruments (as has been the case since, although a touring band has been doing the rounds and is lined up to record with Rendon next time), the seeds of the Resonars sound had already well and truly sprouted by the time of this recording, with Rendon's distinctive harmony vocals and vintage sounding instrumentation not sounding a day older or younger than those found on last year's "Crummy Desert Sound".
Originally mixed onto and mastered on a cassette tape with no E.Q, it seems that part of the reason for the album's long hibernation was down to Rendon being dissatisfied with the mix, so given a little downtime he's come up with a fresh stereo and mono mix of the album, and given the recording conditions (drums recorded with one hanging mic etc.), he's worked wonders. They're both great mixes too, with the stereo mix giving added prominence and depth to the multitracked harmonies on tracks like "Hello Lemmings", while the mono mix provides a punchier listening experience that suits the windmilling guitars and vintage layered harmonies down to a tee.
Musically it's very much what we've come to expect from recent Resonars albums - a garagey, vintage folk rock sound with mildly psychedelic harmonies, frantic Who style rhythm section and plenty of garage jangle adorning catchy nuggets style numbers that sound like they've been discovered on old acetates rather than written.
The Peanut Butter Conspiracy's "Dark On You Now" gets a double speed makeover, and stripped of its distinctive eastern riff, sounds like a lost garage folk gem rather than the thoroughly enjoyable harmony pop original, and the originals are every bit as infectious from the slow building Merseybeat of "Own Up" to the more propulsive 'Six Daisy Neckchain" and beyond, this is gold all the way and another completely necessary purchase for the Resonars' growing legion of fans.
Word has it that a vinyl reissue is on the cards at some point in the future (my vote would be for the mono mix!), but you can download it now from the Resonars bandcamp page for a measly $3 U.S - money very well spent.

You can download or stream the mono version through the Bandcamp link below, or if you'd rather get the stereo version visit here.