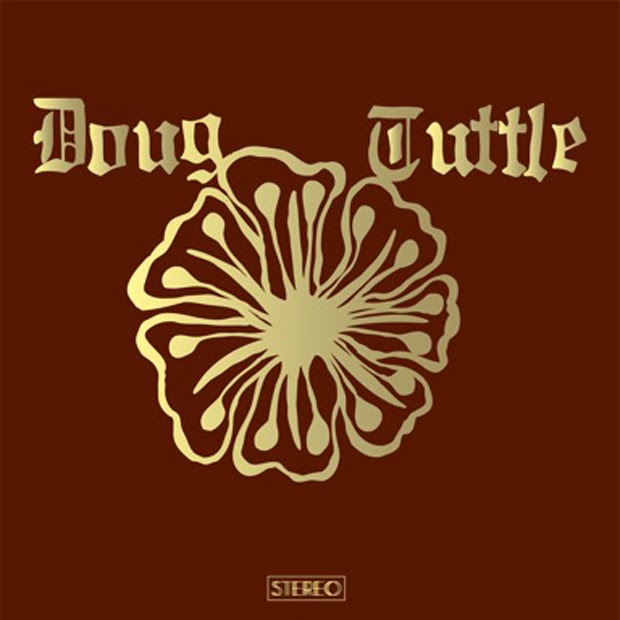 The initially disappointing news that freaky New Hampshire psychedelic outfit MMOSS were calling it a day has become much easier to stomach after spending a little time getting to know the self-titled debut from former MMOSS guitarist Doug Tuttle.
It's an album that sounds like a solo labour of love from someone who knows exactly what they want to do and suddenly finds themselves in a situation where compromise is no longer necessary.
Don't get me wrong, the concise psychedelic pop nuggets of "i" and then the more freeform krauty jams present on "Only Children" both appealled greatly to this writer, but "Doug Tuttle" is the definitive statement up to this point for this extremely promising writer. If he's feeling at all nervous about stepping out on his own, there's no sign of it here.
The krauty jams are shown the backdoor here (probably fairly natural without an actual band to jam with), in favour of  usurpingth e song orientated approach favoured on "i" and openly embracing the most inescapable of earworms.
Opener "With Us Soon" is a joyous slice of bedroom psych-pop, equal parts Opossom and the Beach Boys with a buoyant falsetto vocal and frazzled fuzz guitar parts vying for attention. In a world where Unknown Mortal Orchestra and Tame Impala can make it big, it's not too much of a stretch of the imagination to picture this appealing to a mainstream audience too.
And it's in fine company with tracks like "Forget the Days" and "Leave Your Body" both giving it a run for it's money and ensuring restless nights for anyone assigned the task of picking a first single.
Where this may sound suspiciously like a bid for mainstream appeal I'd like to ensure you that this isn't some watered down psychedelic affair designed to appeal to the common demoninator - these tracks are loaded with mellotrons, backwards tapes, effects pedals stretched beyond their intended limits, flower power flutes and all of the lovely updated period details that made the MMOSS albums so refreshing in the first place.
And while the songs here are generally punchy and concise, there's still room for the moody "Turn this Love" - a six and a half minute epic that spends two thirds of it's running time showcasing Tuttle's tasteful guitar wrangling which betrays a love of both Neil Young's primal instincts and the technical prowess and stinging vibratto of Richard Thompson.
A lovingly frazzled and deeply tuneful album that I recommend without hesitation.

Check out "Turn this Love" below (please hit refresh if Soundcloud embed is not visible):