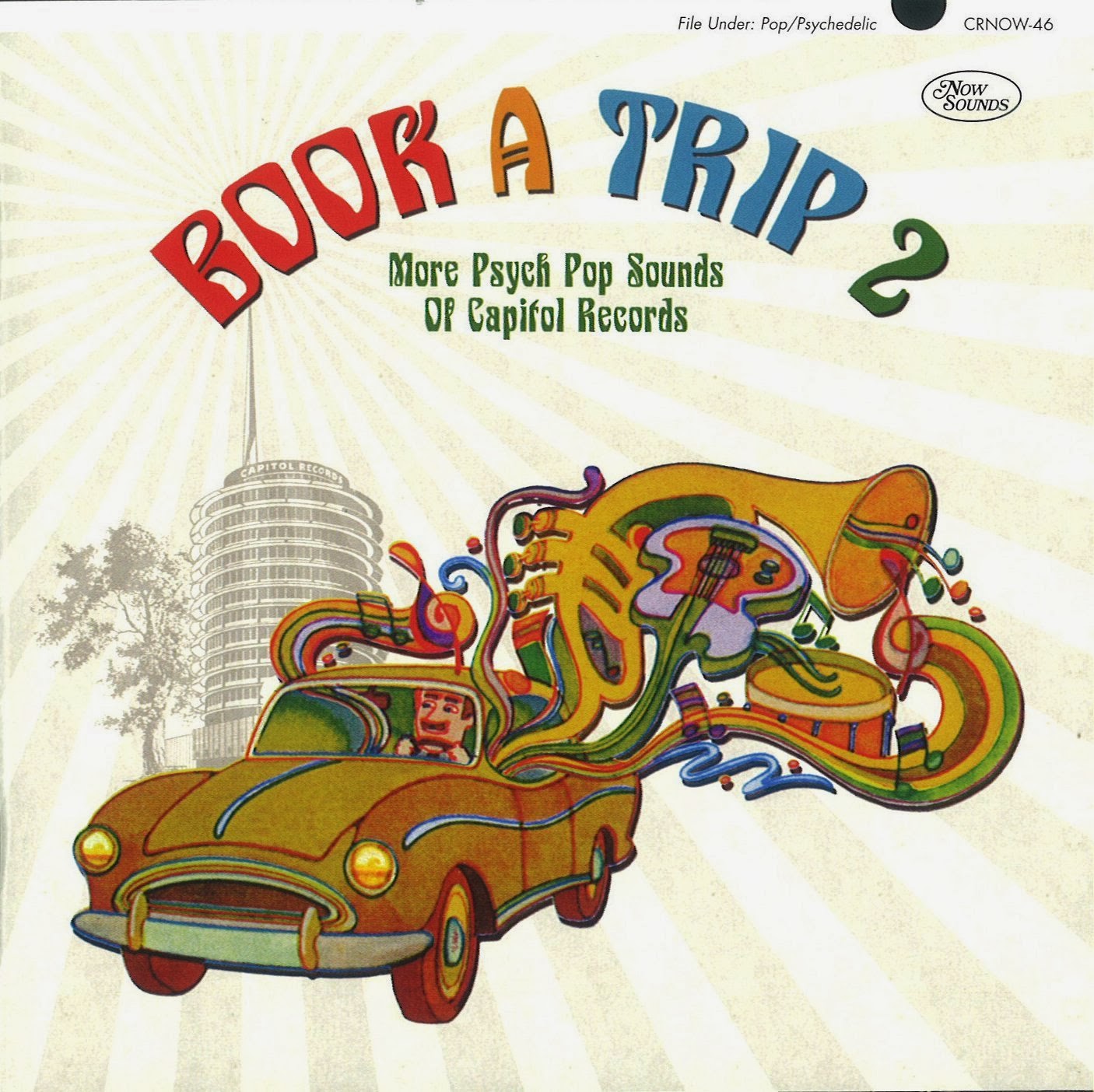 Reviewed by Tom Sandford (The Clarkophile)

Well over 40 years removed from its demise (circa 1970) it seems less and less relevant whether the blending of 60’s pop with trippy psychedelic additives – better known as Psych-Pop or Popsike – was motivated by genuine artistic expression or some record industry accountant’s calculated exploitation of a musical fad. In truth it was probably a combination of both. But in the period of 1965-1970, psych-influenced pop was the now sound to pursue, having been legitimized by, among others, the Triumvirate of B’s (Beatles | Byrds | Beach Boys).
It’s doubtless more than coincidence that, with both the Beatles and the Beach Boys signed to Capitol Records US during this period, there would be a slew of knockoffs, also-rans and assorted psychsploitationists who sought to take an acid-lite trip to the top of the charts. However, it’s also true that bona fide, first-class talents made their tentative pre-fame steps as students of the genre.
And so with "Book a Trip 2" we have another handpicked, gorgeously packaged, lovingly compiled selection of tracks from Capitol’s lesser-known artists. Yes, there are some tracks that sound a little too close to those by whom they were obviously influenced (The Surf Symphony’s ‘That Bluebird of Summer’ is a Rutlesque-league copy of Brian Wilson’s Wrecking Crew/Pet Sounds-era production style in general, and ‘God Only Knows’ in particular) but this is by and large a faultless collection.
Fans of the West Coast Pop Art Experimental Band will be excited to note the appearance of two tracks by WCPAEB side project The Laughing Wind, featuring brothers Shaun and Danny Harris and multitalented wunderkind Michael Lloyd (another Lloyd project, Raw Edge, is represented by ‘October Country’). Elsewhere, pre-Not the Freeze Penny Arkade principals Chris Ducey and Craig Smith offer ‘I Can’t Go On,’ recorded in 1966 but unreleased until now. It’s as good as, if not better than, the material recorded a year later by the Penny Arkade, a Michael Nesmith-produced album which was itself given a belated release on Sundazed in 2004.
There are far too many highlights to name, but the real delight of the set is Ellie Janov’s chamber-pop gem, ‘Portobello Road’ (an early Cat Stevens cover, not to be confused with Billy Nicholls’ song of the same name). Janov was the daughter of author Arthur Janov, whose Primal Scream therapy informed much of John Lennon’s harrowing Plastic Ono Band album. Only 14 years old when she recorded this bittersweet, ‘Penny Lane’-influenced 45, Janov nonetheless sings with great poise and just the right amount of pathos.
Other highlights include: These Vizitors’ punchy ‘For Mary’s Sake’; James Fleming’s Wilsonesque weeper ‘Alone, Alone’; and the Unforscene’s ‘Little Toy,’ which is powered by a chiming guitar riff that sounds like a composite of every lick in the Byrds’ canon.
As psych hunters know, many compilations of 60’s-era obscurities are often sourced from vinyl, with crackles and clicks a common intrusion. It’s the price we pay for loving music of which the master tapes are long gone. That’s what makes this CD such a sonic revelation. Sourced from the original tapes, these recordings are nothing short of pristine. "Book a Trip 2" is another impeccable offering from Steve Stanley and the folks at Now Sounds.