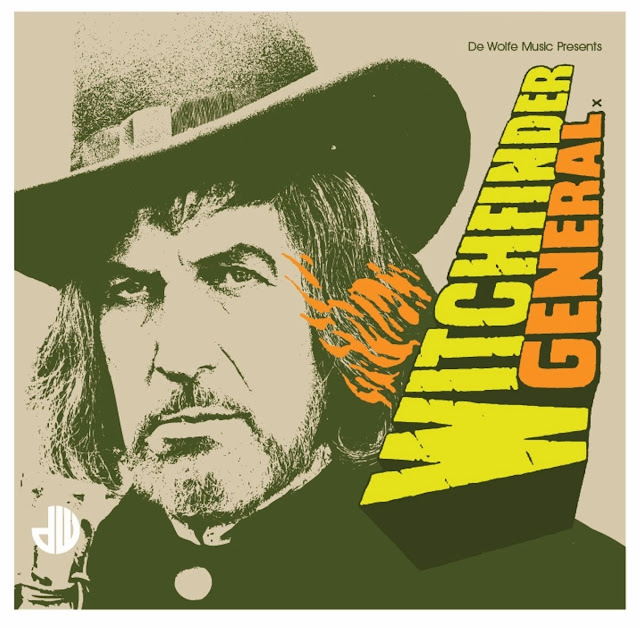 
After a false start last year, Paul Ferris’ soundtrack to Tigon Film's folk horror classic ‘Witchfinder General’ finally sees the light of day courtesy of De Wolfe Music. Never released and thought potentially missing for nearly 40 years (there are myths and rumour about this particular soundtrack, such is the esteem it is held in and its relative rarity) but deeply loved and sought after by the select few, ‘Witchfinder General’ is finally reclaimed from the shadows. Ferris’ soundtrack’s subsequent influence on a number of musicians and folk artists cannot be underestimated, not least The Owl Service whose Tigon Sessions EP featured a version of the main theme. This release comes resplendent in a panelled digi-pack with extensive linear notes, all lovingly put together; as an unexpected yet thrilling bonus, De Wolfe have found and included two previously unheard and unused tracks.
Partly influenced by medieval and traditional folk music (hence the occasional steal from ‘Greensleeves’) Ferris’ soundtrack aspires to higher status than your more run of the mill 1970s horror film accompaniment. Fittingly, the film itself came amongst a purple patch for British folk horror alongside cult standards such as ‘The Wicker Man’ and ‘Blood on Satan’s Claw’. No stranger to the horror genre himself, Ferris had previously scored 'Witchfinder General' director Michael Reeves ‘The Sorcerers’ and ‘Revenge of the Blood Beast’ though was curiously probably better known at the time for his arrangements on pop hits of the period.
So, to the music itself. The soundtrack itself is lush, nostalgic and evokes a period where British folk music and horror briefly met in a hark back to times past, attempting to conjure a sense of Olde Englande and regional tradition. The new folk music revival of Fairport Convention and Pentangle (amongst others) was reinventing and redescribing the traditions and beliefs of the British Isles and the film industry briefly obliged with its depictions of rural terror. This mix of old and new can be found in the music of ‘Witchfinder General’; there is something of Vaughan Williams in Ferris’ pastoral score, although discordancy via harsh string scrapes and brass reminds us of both the era it was recorded and also of the subject matter we are dealing with. ‘Nearly Home’ with its sweeping orchestral washes paints the English landscape at once timeless and also deeply set in the historical (and shameful) period depicted in the film. ‘A Ride in the Dark’ with its picato strings warns of what is to come in the form of Vincent Price's Matthew Hopkins whilst ‘Interrogation of the Priest’ allows violin stabs to ratchet up the tension. The music expertly weaves between this sense of drama and a more sedate and autumnal depiction of the English countryside in much the same way as the film and likewise builds to a terrifying and disturbing crescendo with ‘The Castle Dungeon’.
There is a similarity in style here to Marc Wilkinson’s soundtrack to ‘Blood On Satan’s Claw’ in the music’s combination of more traditional orchestra fare such as xylophone and descending string motifs with more modern concrete sounds and effects. And, as with both that soundtrack and Paul Giovanni’s ‘The Wicker Man’, ‘Witchfinder General’ can be listened to and enjoyed separately as a piece in itself. It’s evocative, charmingly English and speaks of a fertile creative period in cinema and folk music now long gone but that has also perhaps become a part of the lineage of British folk tradition, music and storytelling.
The sound quality is perfect, the remastering immaculate – each harp string or mandolin note easily discernible. Great care has been taken as is befitting to such an important element of folk horror’s short history and it makes for a satisfying and chilling package for fans of the genre. The two unreleased pieces add to the sense of ambition and canvas that Ferris was aiming for and are a welcome addition to this release. Pick this up before it disappears into the ether again. You will be spellbound.