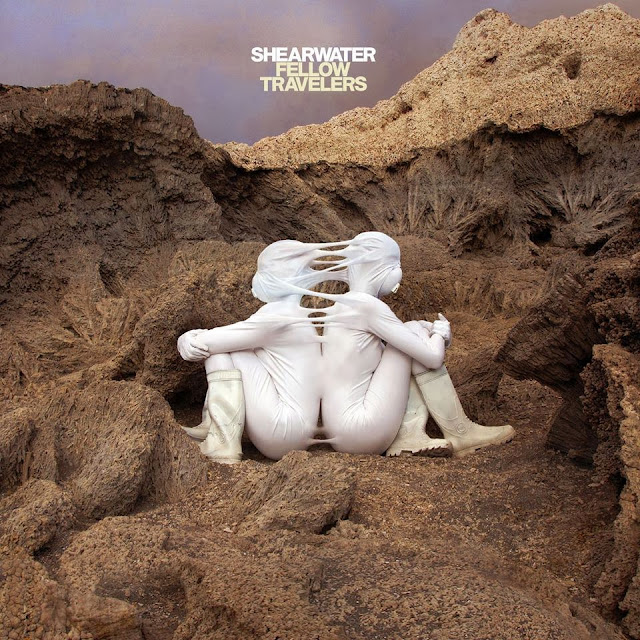 Some may say that recording an album full of covers is unremarkable, but Shearwater's Jonathan Meiburg decided to commemorate all the artists his band has toured with on this new release. I am not sure that's been done before, but it's a great idea, and he's done a wonderful job on these covers. Starting delicately with "Our Only Sun" (Jesca Hoop) and merging seamlessly into the driving rocker "I Luv the Valley Oh!" (Xiu Xiu), Meiburg has completely transformed and in some cases improved on the original tunes. Such is the case with Coldplay's "Hurts Like Heaven", which is stripped down to the bare bones of piano and voice for a good segment of the song. Instead of Chris Martin's overdone treatise of this tune, Meiburg uses strings and guitar to transform this into psychedelic heaven. "Natural One" is quite faithful to the spirit of Lou Barlow's original tune by his band, Folk Implosion. "Ambiguity" is a lovely, fragile cover by David Thomas Broughton, performed at a different tempo. Meiburg plays it straight and keeps it simple and slow, whereas Broughton's version is married to electronic tomfoolery. I prefer Meiburg's version by a long measure, because for one thing, he has a better voice than Broughton and dives into the vocals straight away. "Cheerleader" (St. Vincent) is a tuneful and well crafted song, and quite different from Annie Clark's warbly, banjo-strummed tune. It's a great song either way, but I like the odd swerves and swoops of Clark's version. Clinic's "Tomorrow" is markedly different, turned from a psychedelic nugget into a whimsical pop tune. Chris Flemmons from The Baptist Generals does backing vocals, sounding markedly like Don McGlashan, and I wish he did more on this song, because he really elevates it above the ordinary. And then there is my favorite track, "A Wake for the Minotaur", an original song penned by Meiburg and accompanied by the mesmerizing Sharon Van Etten. What a voice and talent she has with her smoky alto, meshing perfectly into this gorgeous folk tune. Wye Oak's "Mary is Mary" is another standout track, confirming that Shearwater can enter the folk arena anytime they choose. Meiburg has an instinct for these songs, and his band is up to the task across the board. They close out the set with "Fucked Up Life" (The Baptist Generals) which has fantastic lyrics. All in all, this is a great covers album and well worth picking up for any Shearwater fans, or anyone who wants an easy introduction to the band.

Fellow Travelers is available on vinyl, digital and CD.