The Strawberry Alarm Clock - Wake Up Where You Are Review 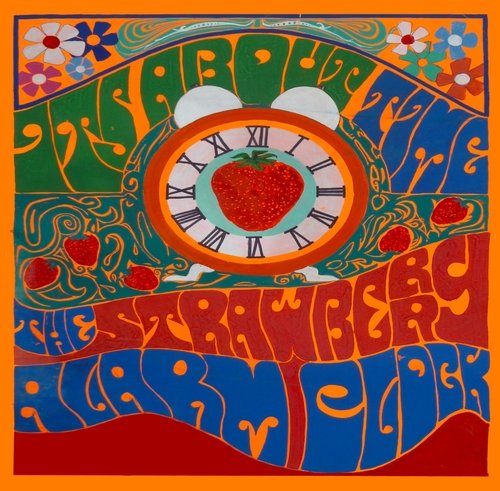 I certainly didn't think I'd ever be called upon to review a new Strawberry Alarm Clock album, but lo and behold, here we are.
A number of other acts from this era have regrouped and released new albums recently, and like the recent Chocolate Watchband album, the Strawberry Alarm Clock have populated their album mostly with re-recordings of tracks from their heyday. Unlike the Chocolate Watchband's effort though, the Clock don't do a bad job at all here.
There's a noticeable studio sheen which means you're never going to mistake this for a vintage sixties recording, but the band's lysergic tendencies are, if anything more out there than they were originally.
In true spirit of the age there's a mammoth drum solo in an extended version of "Sit With Guru", which is both energetic and dexterous, but it's when the band play to their established strengths that they're at their best. Their cover of the Seed's classic "Mr Farmer" shows original organist Mark Weitz hasn't lost his touch, but a surprise take on the Fuzztone's "Charlotte's Remains" is the indisputable highlight with it's immaculate harmony vocals. Extra points too for not revisiting "Incense and Peppermints" and letting the rest of their songbook the chance to stand on it's own.
Sure it's not a perfect album. Guitarist and newest member Howie Anderson ( who joined the band in 1986 ) makes his presence felt often welcomely, but occasionally has a tendency to shred ( and a tone to match ) which is certainly ballsy, but at odds with the sound of the rest of the band.
All up though this is a pretty triumphant return, and much more entertaining than we had any right to expect it to be.
Available on CD here. 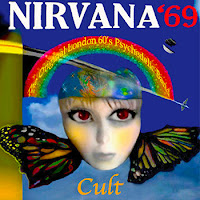 A surprisingly well chosen collection of the best of the other Nirvana's original work with a few unexpected surprises along the way. The likes of "Rainbow Chaser" and "Tiny Goddess" belong in the collection of any self respecting psychedelic pop fan, although Nirvana's output is generally geared more towards baroque pop than full blown psychedelia. Also includes the deranged "All of Us" outtake, "Requiem for John Coltrane", which would certainly have blown minds had it been released at the time it was recorded. For all but the most hardcore fan, this is all the Nirvana you really need in one handy serving.
Available on CD here.