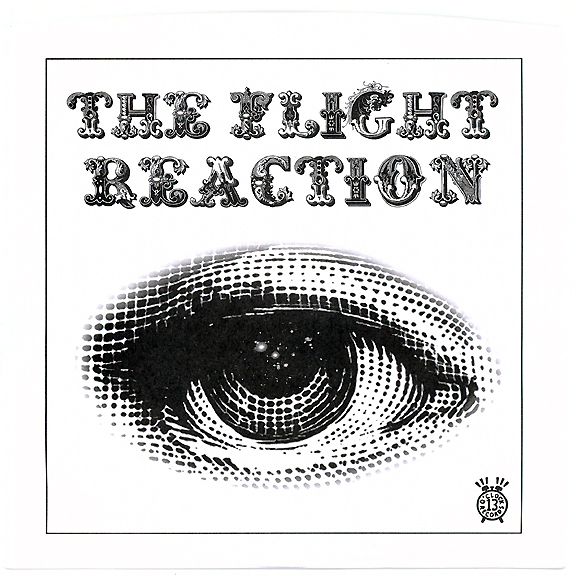 The Flight Reaction's new 7" reminds me in a lot of ways of the new Frowning Clouds 7" that I reviewed a few days ago, although this is certainly the more psychedelic of the two. There's no connection between the two, but they share a very similar, heavily reverbed raw sixties sound. Where the Clouds 7" sounded like a prime piece of '66 freakbeat, these two cuts sound more like something that would have been recorded early the following year, with the introduction of treated vocals and phasing.
Part of the reason that these guys do this style so well is their pedigree - the Flight Reaction is made up of members from legendary Swedish garage groups The Crimson Shadows, The Giljoteens, The Maggots and Les Artyfacts - an impressive roster in anyone's book.
The a-side is an original with a great pentatonic riff, a shuffling rhythm and massive chorus straight out of the Nuggets songbook. Great moody stuff.
The b-side is a cover of the Rolling Stones "Citadel" - the second I've heard this year, after Jack Ellister's cover on his Fruits De Mer 7". This is the more authentic of the two versions, and sounds a little like the Flight Reaction boys got together and said "Let's record this the way the Stones would have if they'd tried it a year or two earlier." So out go the more whimsical Sgt Peppery elements of the original to be replaced by primal garage r&b, harmonica, and clanging guitars that sound like heavy iron gates being given a hard time.
Marvelous stuff.

Buy it here from the nice folks at 13 O'Clock Records -$5 well spent.