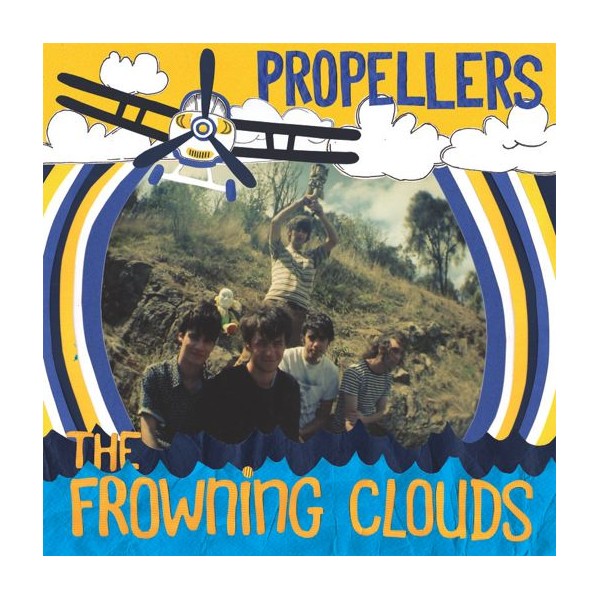 Geelong in Australia is probably one of the last places one would look for a great new(ish) freakbeat band, yet that is exactly where the Frowning Clouds hail from.
After being won over by their excellent "Listen Closelier" LP, I was very keen to hear more.
The lads at Saturno Records were kind enough to send me a copy of the shiny new single 'Propellers" and I've got to say that it beats anything and everything on the LP, hands down.
The a-side "Propellers" is all pomp and swagger with oodles of attitude and a great vintage sound, like early Stones if they'd been produced by Kit Lambert. The surprisingly slow tempo builds up an almost unbearable amount of tension that's only partially relieved by the hooky ascending bassline. Very rock and roll, and with some nice falsetto backing vocals ( that also show a bit of a pub rock influence ) to back up the chunky guitar clang this is a total winner with me.
B-side "Bad Vibes" is very fine too, built upon some chiming arpeggio guitar work ( think "Tired of Waiting For You" ), with sneering group vocals. Bad vibes have never been so much fun.