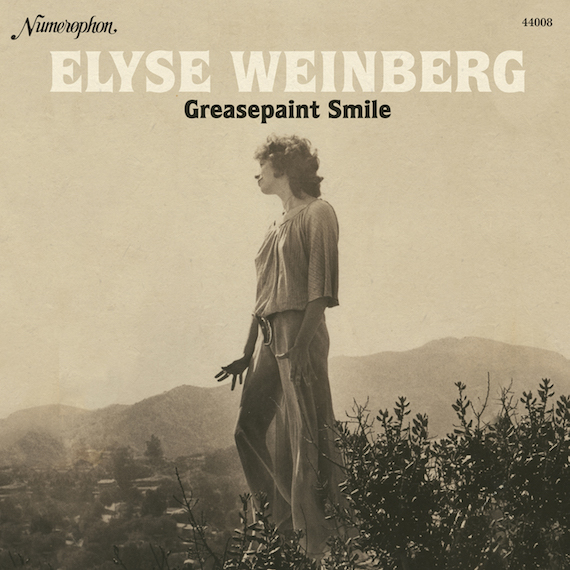 Californian folk troubadour Elyse Weinberg has been someting of an underappreciated musical gem until recently. Elyse only released one record under her real name, her self-titled debut album, which hit # 31 on the Billboard charts, prompting an appearance on the Tonight show. Cher even recorded one of Elyse’s songs (“Band of Thieves”) for the 1969 film "Chastity", but the song was mistakenly credited to Sonny. This led to only minor success in the years that followed before Elyse decided to change her name to Cori Bishop.

Fast forward 30 years and the discovery of her music by Andrew Rieger of Elf Power. He brought her music to the attention of important people, and along with that attention came critical acclaim, with bands such as Vetiver and Dinosaur Jr. covering her song “Houses”. And now we have a first ever release of her unreleased 1971 album "Greasepaint Smile". The album was produced by Neil Young’s engineer David Briggs and features a very young Nils Lofgren on guitar. Hearing Elyse’s accomplished singing and playing, very much in the vein of Jefferson Airplane and Fairport Convention with a bit of honky tonk and dancehall vibe, it’s hard to imagine this not being a hit back in the day, had it been released.

There are wonderful songs like the aforementioned “Houses”, where Neil Young plays guitar and where Elyse channels the late Sandy Denny. Or how about “City of the Angels”, which is prime late 60s folk rock with a backing band that almost sounds like CSN? “What You Call It” is more in the confessional, Joni Mitchell vein so prevalent back then, but Elyse rises above it with good lyrics and a hint of blues behind her folk. “It’s Alright to Linger” might well be a lost classic from The Band and has that honky tonk piano I enjoy so much. “Collection Bureau” is a nice slice of bluesy folk with tasteful guitar licks, while “Gospel Ship” trips down the country blues lane frequented by the Stones (“Sweet Virginia”). “Nicodemus” is another fine bluesy number with harmonica and piano tightly winding around Elyse’s husky vocals. The remaining songs, including the title track “Greasepaint Smile” dwell in the same musical vein and underscore what a fine talent this singer/songwriter is. It's great to see this become available finally.

Recommended for all fans of late 60s folk and blues.