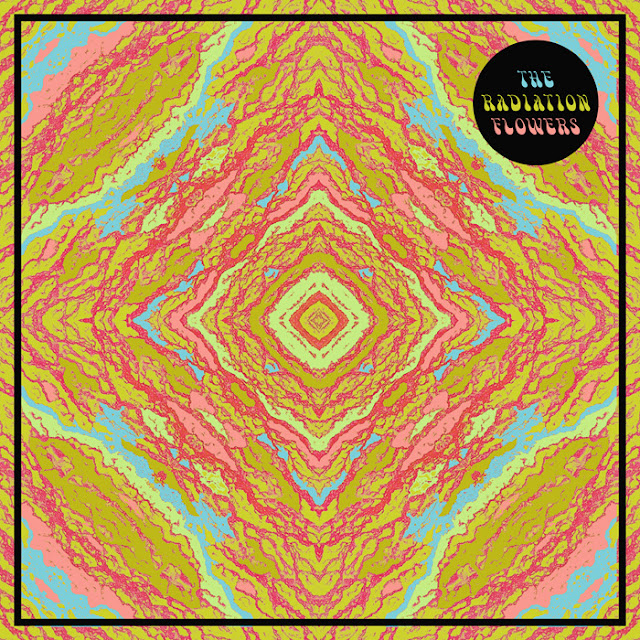 Formerly Powder Blue (previously covered here and here), The Radiation Flowers – hailing from Saskatoon, Saskatchewan – follow up two excellent releases with a new name and a self-titled record. From the near eight minute pedal gazing opener “Sunfire Drug Haus” through the sprawling and moody closer “Lead Me Tonight,” The Radiation Flowers aren’t looking to necessarily reinvent themselves but push their well established sound to its fullest potential – and, in my opinion, they’ve taken a big step here, playing to their more mind altering elements and grunge roots.

“17” has a hook (as well as a release) like every song that I have ever loved, every song that ever spoke to me as a teen: gritty, garagey– familiar. The guitars are dense as they establish the song, but the band’s layers – tight rhythm section, soaring leads, and wonderfully slow and deliberate airy vocals – send the riff off the rails, toward some wonderful melding of shoegaze, psych and 90s era lo-fi rock.

While there are plenty of hits seemingly left off from some decades old jangling garage record, there a few quick burning psych tunes that tie this outing together. “Psychic Attack” hits hard and fast. Yet somehow there’s room in its short two minutes for a raucous guitar lead and yet another powerful vocal delivery.

Admittedly, I have a weakness for self-proclaimed “grunge” bands; an internal angsty teen of long ago gets excited every time the tag appears on a Bandcamp page – and sometimes unexpectedly. The Radiation Flowers takes all the wonderful elements of the genre and add a few other favorite, mixing up a gauzy slice of rock ‘n roll that tips its hat to the old and new inspirations.

“The Radiation Flowers” is available in digital formats from their Bandcamp page below, as well as on CD here.