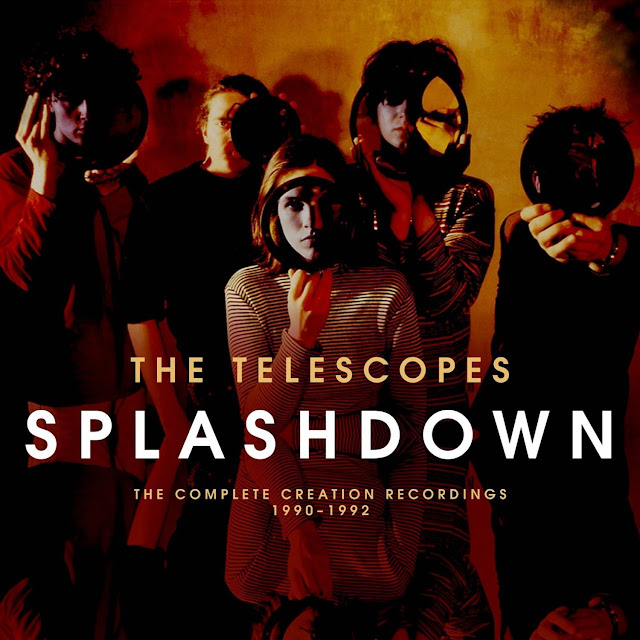 When Creation Records rescued the Telescopes from legal strife with their previous label, they were riding the crest of a wave that had seen My Bloody Valentine and Ride unexpectedly enter the top forty, little knowing that there was even bigger to come. The Telescopes had done all that they could with their earlier confrontational noiserock sound, and Creation were asking for hits. This exhaustive double CD collection charts the course that Telescopes mainman Stephen Lawrie sailed trying to provide that hit, concurrently chronicling the band's impressive evolution over the course of three years, four EPs and one very special album, all included here with rare bonus tracks.

Recent trends have seen shoegaze and psychedelia lumped together by the music press, but back in 1990 this wasn't so common a marriage. The music fashioned by the Telescopes over this period is among the most psychedelic created during the initial era of shoegaze, and sounds thrilling and forward-looking to contemporary ears, even if it only sold marginally at the time - truly a case of being too ahead of the times for their own audience. It's never too late to discover a good thing though, and "Splashdown" is a treasure trove ripe for rediscovery.

While their earlier noise-rock tendencies still rear their heads occasionally here, they're reined in and only one of the many textures which make up a much more expansive, ethereal psychedelia that acknowledges its influences by paying tribute to the Beach Boys (on the fabulous Dennis Wilson / Charles Manson penned "Never Learn Not To Love"), the Velvet Underground and the Who, while tracing its own startling trajectory.

The EPs found on disc one become progressively more adventurous and experimental, as the release dates tick over, with the material found on the two 1991 EPs "Celeste" and "Flying" containing some startling moments, particularly the lovely Eastern psychedelia of "Flying" and "Soul Full of Tears" while the hooky "The Sleepwalk", would have been a contender if released as a single a few years later. There's never a dull moment on these EPs and the balance between expansive buzzsaw guitars and swooning dreampop vocals never tips too far either way. 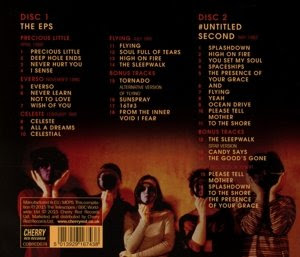 Disc two focuses on "#Untitled Second", the band's only full length album for Creation, and the culmination of everything that the EPs were building towards. It's a truly great album, and something of a lost classic, the sort of album which is routinely rediscovered and reappraised, but until now has escaped that treatment. The noise and rock tropes are toned down even further here, although they're still important elements which are expertly manipulated on tracks like "Ocean Drive" to create an expansive psychedelic wash. Elsewhere, acoustic instrumentation is prevalent - "You Set My Soul" even sees the rhythm section dabble with a Pentangleish folk/jazz hybrid. It's not an album that's easy to convey with words as Lawrie concedes in the sleevenotes: "It's really hard to explain where that album is coming from. It started out as an abstract obsession with warmth and got stranger from there." Lawrie also notes that he was "searching for the character of the instruments and their environment" as much as the songs themselves, and the band's obsessive attention to tonal detail has resulted in an album that doesn't sound like it has dated a day.

The original Telescopes lineup splintered soon after, perhaps sensibly so - where was there to go after this?