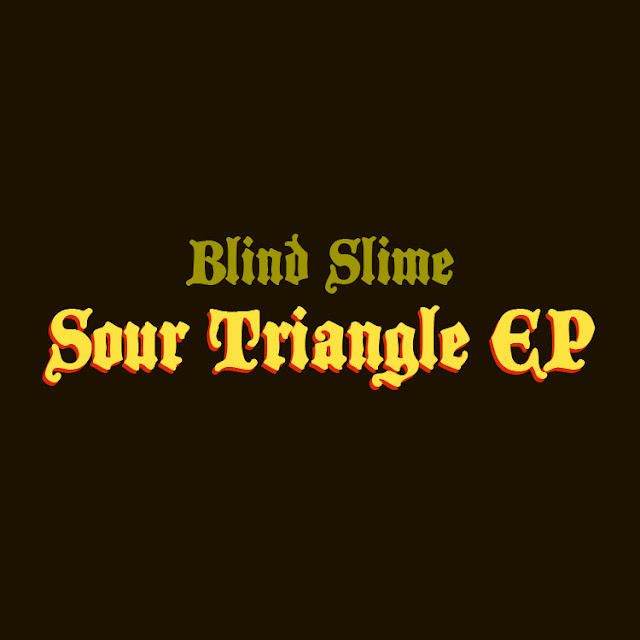 West Virginia native J Adams, has been releasing creepy instrumental music under the moniker of Blind Slime since at least 2009, with newest release “Sour Triangle” pushing more of my buttons than ever before.

It’s hard to describe what Adams does, as he doesn’t fit neatly into any particular niche. There’s no doubt that his music is deeply influenced by vintage horror scores, but it’s larger devoid of the obvious Carpenter-core influences, although his music would certainly fit very comfortably in the master’s movies. There’s also a psychedelic element at play which manifest itself through insidious, hypnotic repetition, rather than going for cheap thrills with phasers and reverb.

The title track is an evocative wee gem, conjuring images of Autumnal leaves being blown through lonely suburban neighbourhoods. Imagine that John Carpenter wasn’t the synth master that he is, and that “Halloween” had been scored by a full band instead, solely from Carpenter’s notes on the sort of mood he was wanting to create: this is that soundtrack. “A Place Elf-Haunted” does little to dispel this illusion, introducing a dark carnivale theme that heightens the listener’s sense of unease.

Adams makes good use of a varied palette of sounds on “Sour Triangle”, with plenty of vintage keyboards and synthesizers, sparing and effective use of percussion and arpeggiated guitars forming the basis for the majority of these pieces, with “Hill Prayer” adding a layer of backwards tapes and what sounds like a mellotron to create a woozy air of not-quite-right, which will stay with you long after this impressive EP has closed up shop.

Available to download directly from the Blind Slime Bandcamp page for a pittance: